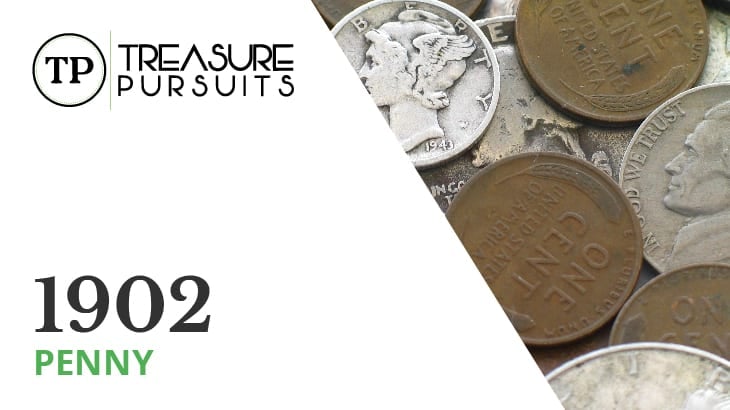 Sporting a classic and extremely influential design, the Indian Head penny was minted during one of the most important eras of American history and is a cornerstone of contemporary numismatics.

1859 was the first year of mintage for the Indian Head penny. As the successor to the Flying Eagle penny, it was only the second small cent to be struck in the U.S. Both coins were designed by Chief Engraver James B. Longacre.

Longacre’s design, which would go on to influence the appearance of countless coins in the coming decades, features a profile bust portrait of Liberty in a feathered headdress, the inspiration for the name “Indian Head penny.”

Along the rim is the legend “UNITED STATES OF AMERICA,” and at the bottom is the year of mintage.

The reverse has the denomination “ONE CENT” in the center encircled by a wreath. In 1859, the first issue, the wreath was composed of laurel. All later issues have an oak wreath instead with a shield at the top and a bundle of arrows at the base.

The composition of the coin also evolved over time. The first composition is found in coins minted between 1859 and 1864 and consists of 88% copper and 12% nickel. Coins of this composition have a mass of 4.67 grams.

1909 was both the last year of the Indian Head penny and the first year for its successor, Victor David Brenner’s Wheat penny, the first Lincoln cent.

History of the 1902 Indian Head Penny

All of these were produced at Philadelphia, so no mint mark will be seen on this issue.

Thanks to their high mintage, these coins are relatively common across all grades and can usually be found quite easily–a fact that is fortunate for the buyer and unfortunate for the seller, as this means that values tend to be low.

Also unfortunate is the fact that many of these coins show weak strikes with a particular weakness near the top of the reverse.

Only a few minor varieties have been identified for this issue, and they have not garnered much attention from collectors and do not typically carry extra premiums.

As these coins were minted after 1864, they are made of a bronze composite and include the “L” initial on the ribbon below the final feather on the obverse portrait.

Any collector interested in Indian Head cents is likely to encounter Longacre doubling sooner or later.

A feature found on all coins designed under James Longacre but most often associated with the Indian Head penny, Longacre doubling is sometimes mistaken for a doubled die variety by beginning collectors.

A true doubled die is produced when a die shifts during the hubbing process, creating a doubled design that is found on all coins struck by that die.

Longacre doubling, on the other other hand, was the result of deliberate modifications made to the master die that may have been intended to make it easier to obtain a full strike.

The exact cause is not known, but Longacre doubling is not viewed as a true variety and thus does not impart any extra value to a coin exhibiting this phenomenon. One way to tell if your coin is showing Longacre doubling instead of a doubled die is if the doubling appears on both sides of the design elements.

Any doubling seen on an Indian Head penny is most likely Longacre doubling, but doubled die varieties do exist. If you think you may have a true doubled die coin, consider having it authenticated by a coin-grading service.

Although this issue tends to have low values in average grades, higher Mint State specimens can bring some nice premiums, especially if they display a Full Red color.

Proof strikes are generally worth around $144.

An important factor that can impact the value of your Indian Head cent is its color. These coins may be classified as Brown, Red-Brown, or Full Red, the latter being the most desired and most valuable.

Full Red or even Red-Brown color designation can greatly raise the value of your coin. For example, the MS-64 value of $90 is for a Brown coin. The same grade in Red-Brown is worth $140; in Full Red, the same coin commands a value of $260.