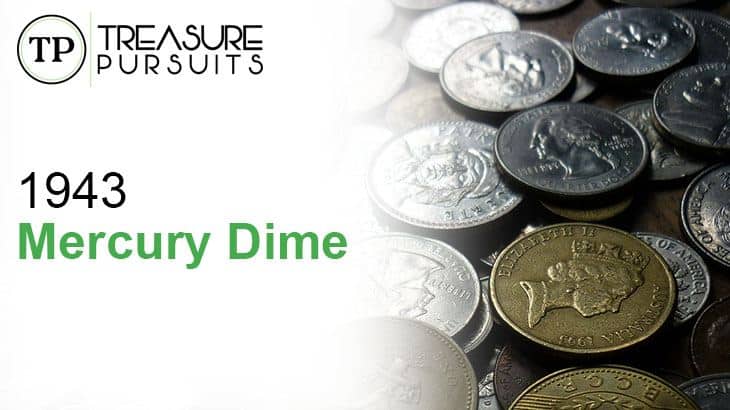 The Winged Liberty Head Dime, known more commonly as the Mercury Dime, is a collector favorite due to its pleasing design and availability. Produced from 1916 till 1945, the Mercury Dime experience a 29 year production period.

Robert W. Woolley, who was the acting United States Mint director, called for a change in design for the dime, quarter, and half dollar in 1915. Sculptor Adolph Weinman submitted his design for the new dime that was to replace the current Barber dime. Weinman won the competition, and his new dime design was put into production in 1916.

History of the 1943 Mercury Dime

In 1943, the US mint at Philadelphia created 191,710,000 examples of the Mercury Dime. This was the second highest amount produced in the series, only surpassed by the 231 million minted in 1944. Any collectible coin’s value is based on the condition that the coin is in. Correctly determining a coin's condition will allow for a more accurate assignment of value.

Coin collectors turn to grading as a way of determining the condition that the coin is in. This grading is based on a scale from 1-70 where “70” is a perfect coin free of all defects. Here are some basic rules to help determine the grade for your 1943 Mercury Dime.

Value of the 1943 Mercury Dime

Due to the large number minted, the 1943 Mercury Dime tends to have a much lower price than other dimes in the series with lower mintages.

Higher graded examples also do not see a large increase in price. MS-60 1943 Mercury Dimes retail for $8. Prices do climb significantly to $28 for examples in MS-65 condition.