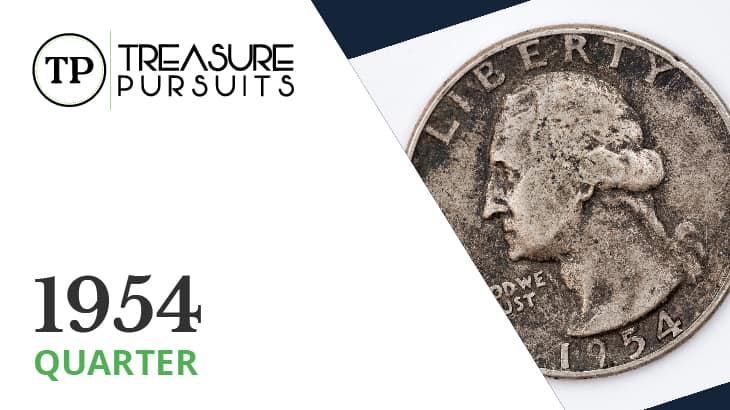 The Washington quarter is a classic piece of American coinage whose availability makes it a great coin for beginning and experienced collectors alike.

First minted in 1932, the Washington quarter was intended as a one-year special mintage to commemorate the bicentennial of George Washington’s birth.

The designer of this commemorative coin was John Flanagan. His now immediately recognizable obverse design features a profile bust portrait of Washington with the legend “LIBERTY” on the upper rim. To Washington’s left is the motto “IN GOD WE TRUST,” and the lower rim holds the year of mintage.

On the reverse we find an eagle with wings slightly spread perched above an olive branch. Above the eagle’s head are the legends “UNITED STATES OF AMERICA” and “E PLURIBUS UNUM.” The denomination “QUARTER DOLLAR” is below the olive branch.

The Washington quarter can be divided into two types based on composition. The first type, the silver composition, was struck from 1932 to 1964 and consisted of 90% silver and 10% copper.

To learn more about collecting quarters, don’t forget to check out our Ultimate Guide to Rare Quarters.

History of the 1954 Washington Quarter

The 1954 mintage was much larger than the past few years, totaling nearly 110 million quarters.

This was the last year that San Francisco would produce Washington quarters until 1965.

Philadelphia coins from this issue tend to be plentiful in all grades. Denver coins, however, generally suffer from micro-scratches and bag marks, and San Francisco coins tend to show loss of detail due to overuse and erosion of dies.

The 1954 issue is of the silver composition type, having been struck prior to 1965, and it is typical of the series in its diameter of 24.3 millimeters and its mass of 6.25 grams.

Grade is a crucial factor in determining the value of a coin, but it can be tricky to accurately grade a coin. Use the descriptions below to evaluate your quarter’s grade. Keep in mind that there are levels within each tier.

Good: The coin shows a great deal of wear, and the portrait has been worn such that only the most important details (eyes, nose, mouth) remain. The rim may have started to blend into the lettering.

Fine: Here, the minor details (hairlines, cheek contours) have been worn away, and the coin overall shows a fair amount of wear, but the coin is still nice to look at.

Extremely Fine: Most detail has been preserved. The hair texture and the hairline on the forehead are visible, and the cheek and neck contours are present.

Uncirculated: This coin looks unworn. All details are present and well-defined, and the coin will display either a bright, shiny luster or a natural tone. This is the most desirable grade.

If you intend on selling your coin, consider having it professionally evaluated by a coin-grading service. However, this will only be worth the time and money if your quarter is in exceptional condition.

1954 quarters, owing mostly to their generous mintage, are still pretty common, and it would not be surprising to find one in your pocket change, so their value is limited.

Nevertheless, Washington quarters have a relatively steady demand, and most specimens will be worth above face value.

The minimum value for a 1954 quarter is likely its melt value, or what a precious metals dealer will pay for the silver content. Based on current silver prices, the melt value of this coin is around $2.80.

In most grades, the mint mark present does not affect the value of this coin. Good-4 to Extremely Fine-40 grades are valued at $4.16. The value increases slightly to $4.98 in About Uncirculated-50 and $6.08 in Uncirculated (MS-60). MS-65 examples may be worth anywhere from $30 to $40, depending on mint mark, San Francisco being the most valuable.

The mint mark can be found just below the olive branch on the reverse. No mark signifies Philadelphia, a “D” signifies Denver, and an “S” signifies San Francisco.