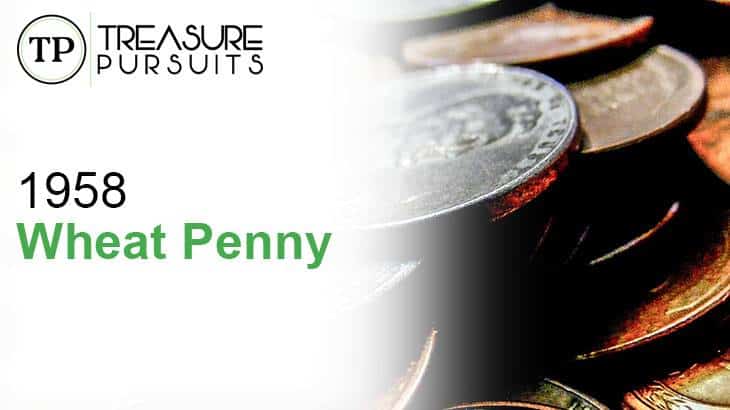 The only coin that has seen the United States go through the Great Depression and two world wars has been the immensely popular Wheat Penny. First minted in 1909 to replace the Indian Head Penny, the Wheat Penny received quick praise by consumers. The popularity for the new Wheat Penny is what led to its long-running 50-year life.

Designed by Victor D. Brenner, the Wheat Penny, officially known as the Lincoln cent, featured a former president for the first time. 16th President Abraham Lincoln was chosen for the new penny as a way to celebrate the 100th year of his birth. Consumers loved the coin but did have some criticisms about Brenner’s initials being too large, resulting in a slight design change.

Brenner’s design for the obverse featured a bust of President Lincoln facing right, with the motto “IN GOD WE TRUST” centered above. The date can be found in the lower right part of the obverse field. “LIBERTY” is seen just to the left of Lincoln’s shoulder.

The reverse shows two wheat ears that surround the words “UNITED STATES OF AMERICA” and “ONE CENT”. “E PLURIBUS UNUM” can be found centered above the main design element. Overall, Brenner was going for a simple but effective reverse design.

About the 1958 Lincoln Wheat Penny

The Mint at Philadelphia reports minting 252,525,000 examples of the 1958 Wheat Penny. This is only about a fourth of what was minted at the Denver facility.

1958 would be the last year that the Mint would produce a Lincoln cent bearing the original wheat stalk reverse. Instead, the Mint would move to using a design of the Lincoln Memorial as the reverse design in 1959.

The Wheat Penny’s legacy continues to live on, with it being one of the most recognized coins no longer in circulation. Most collectors do have some type of Wheat Penny Collection, and it is the coin that brought most people to coin collecting in the first place. One of the biggest and rarest errors for Wheat Pennies is the 1958 Doubled Die Error. Only three examples are known to exist, with only two being officially graded by PCGS, a third party grader.

Doubling can be seen very clearly on the obverse of the coin. The elements “IN GOD WE TRUST” and “LIBERTY” show heavy doubling and overlapping. Many doubled-die coins do not show near as much doubling as in the 1958 example.

This doubling occurs when the die used to strike the coin has doubled elements from the hub used to create the die. Most of the time, this doubling is very subtle, but in some cases like the 1958 Wheat Penny, it is very dramatic.

Due to its rarity and severity of the error, the 1958 DDO Wheat Penny has been sold for incredible amounts. Several years ago, an MS-64 example was sold for $100,000! The current estimated price of the MS-65 examples is an astonishing $200,000.

Value of the 1958 Lincoln Wheat Penny

Even though the 1958 Wheat Penny was the last cent produced featuring the wheat stalk reverse, the large amount minted has made it only worth face value in any grade under Extra Fine condition.

Although not presently valuable, the 1958 Wheat Penny may see some increase in price in the coming years. With a lower mintage than other coins around the same time period, the prices should rise as more coins are lost/destroyed. Even though 1958 Wheat Pennies have a low value, be sure to check out any that you have. You never know when the next 1958 DDO example will turn up!