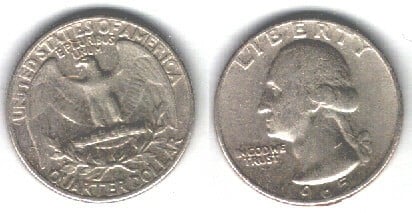 History and Collection of 1965 Quarter and Other Clad Washington Quarters

The Washington quarter was issued to commemorate the 200th birth anniversary of George Washington. It was designed by John Flanagan, a New York sculptor. His initials are found at the base of the coin, particularly below Washington’s neck.

The coin’s outer layer is composed of 75% copper and 25% nickel while the inner core is pure copper. It weighs 5.67 grams and measures 24.3 millimeters in diameter.

The obverse features a bust of President George Washington facing left, with inscriptions “LIBERTY” on top and the year below. The reverse features an eagle with outstretched wings and the inscription “UNITED STATES OF AMERICA”, and QUARTER DOLLAR.

The 1965 quarter was the first clad coin in circulation. It was called “the key coin for commerce” by Robert Wallace; assistant secretary of the Treasury Coin hoarding was rampant in 1964 due to shortage of coins.

Prices of silver then were on the rise, and the Treasury continued to strike 1964-coins into 1965. However, continued coin production depleted the stock of silver and prices of the said metal kept rising that by June 1965, silver dollar coin had 93.3 cents’ worth at market prices.

This led to President Lyndon Johnson’s decision to eliminate silver from the quarter and dime and resorted to a clad composition of copper-nickel on both sides of pure copper layer. Half dollar coins were changed from 90% to 40% silver.

If you are a beginner who wants to start collecting 1965 or other Washington quarters, you can have a date and mint ﻿mark ﻿collection of circulated coins from 1965. These clad coins can still be easily found.

The Coinage Act of 1965 formalized the production of 1964-dated silver quarters to 1965-dated clad quarters. In 1965 to 1967, new clad quarters were issued with no mint marks regardless of mint of origin.

Minting started on August 1965, and the clad era began with quarter coins. Thus, the year 1965 is significant for it was the year when silver was taken off from the quarter’s composition.

Numismatists soundly rejected copper-nickel clad coins even though they are new and different. Most collectors were not interested with these coins for they were not silver and they were produced in such large quantities.

Collecting the 1965 Quarter and other Washington Quarters

From 1968, the Washington quarter’s proof versions have been created at San Francisco mint, carrying the “S” mark. Supplies of these coins are plentiful.

If you are a beginner who wants to start collecting 1965 or other Washington quarters, you can have a date and mint mark collection of circulated coins from 1965. These clad coins can still be easily found.

It is best to have a complete collection of these Washington quarter coins, especially the silver ones though this may be quite challenging.

The coins from 1932 to 1964 are rare to find, but you can buy them from dealers. You can collect the complete series of uncirculated Washington quarters or their proof versions.

If you would like to collect the whole series of Washington quarters, you need to complete a total of 147 coins. Beginners in coin collecting can start by assembling the circulated clad quarters from 1965.

Key dates for their circulated collection include 1932-D and 1932-S. they may cost you around $200 due to their low mintage.

Other dates are offered at reasonable prices or lower premium. Advanced collectors can strive for a collection of uncirculated coins from 1932. Expect prices of some to be quite expensive, including 1934-D, 1935-S and 1936-D to name a few. 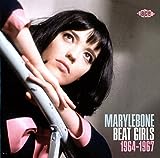 Many factors are being considered to determine the value of coins. If a dealer runs out of 1965 quarters, you cannot order from the US Mint because they do not make these coins anymore.

Coin dealers usually get their supplies from fellow dealers or some people who want to sell their coins. When you buy from a dealer, the value will be the “retail” price.

Uncirculated ones may hold a premium that dealers may be happy to buy for you. The US only minted a special coin as tribute to the country’s Bicentennial. The average value for uncirculated 1965 Washington quarter is $.40.