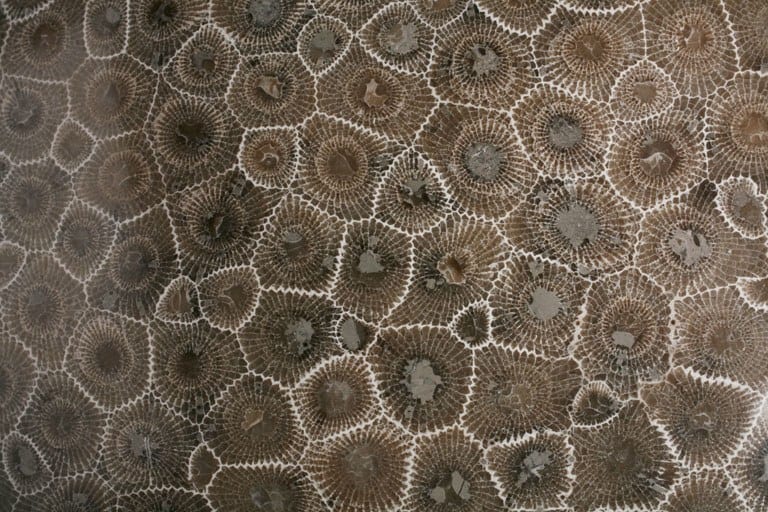 When it comes to the best place to find Petoskey stones, nothing beats Lake Michigan. A visit in this area would never be complete unless you find for a Petoskey stone yourself.

The stones are fossilized remains of a type of coral that lived during the Devonian period. It was around 350 million years ago.

Northern Michigan is one of the places covered with a shallow marine sea at that time. It paved the way for the growth of various types of corals. Over the years, there were tons of changes, but some of the fossils remained in the area.

There were several stones discovered Lake Michigan and so it is considered as the perfect place for Petoskey stone hunt.

Petoskey stone hunt has been going on for years. These stones usually appear in various locations, including fields and stone quarries. However, they are mostly found in wet areas such as lakes and beaches.

In fact, in the late 1990’s, the largest Petoskey stone was discovered. It was a ton monolith that was uncovered by an amateur fossil hunter at Sleeping Bear Dunes National Lakeshore, just outside of Traverse City.

Lake Michigan though is really huge, and so the place has become the home of several Petoskey stones over the years and many of them were already found.

You might wonder why there are a lot of these stones in Michigan. The truth is that during the Pleistocene epoch which happened around 2 million years ago, there were huge glaciers that plucked the Petoskey stones from the bedrock.

They were then spread in various locations in what is now known as the state of Michigan as well as its surrounding areas. This explains why the stones can be found in gravel pits, beaches and of course, Lake Michigan. 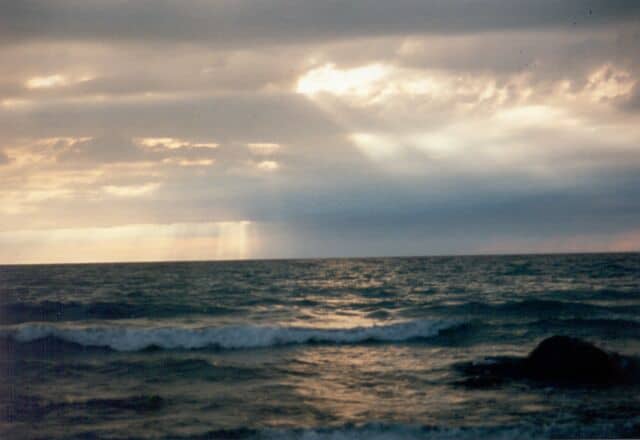 The Petoskey State Park is also a perfect place for stone picking since it has a huge coastline. Some people also dive into the waters to continue searching for the stones.

Unlike other things that you can find, Petoskey stones are amazing as they were formed millions of years ago. You are not just holding a piece of mankind’s history when you find one, but you have the key to how lives were during times when human beings have not even existed yet.

When dry, the stones are gray in color. When wet, the part of the fossil which is considered its eyes magically appear. It makes the stones easy to identify.

If you find one, you have to polish it first. The process involves several steps.

It will then make the stone appear as if it is scratch-free. It would start to look glossy. There are collectors who cheat buy using coat of lacquer to make it appear glossy without letting the stone go through the actual process.

Over the years, hundreds upon thousands of Petoskey stones were found. This somehow diminished the value of the stones, but they are still a collectors’ item.

They are often displayed on a jar or a vase filled with water. It makes the stones appear as if they are in their natural state. Some people also use it as a necklace pendant. There are those who simply wanted to collect as much stone as they could for bragging rights.

A Part of Michigan’s Culture

These Petoskey stones can be found in Michigan for a reason. This is unique to the state and is something to be proud of. Whether you are from Michigan or not, you can always plan a visit in the state and search for Petoskey stones. You can even bring your kids with you in this fun adventure. They can always bring a bucket and keep searching for these amazing stones. Who knows? You can also find a rare stone. You just have to determine which areas in Michigan are considered the best place to find Petoskey stones and you are good to go.