In the 1920s, currency received a new face. Some alteration were minor, such as removing the article “the” from the seal, and others were major as in the look of the White House. Some parts of the new design used engravings while others utilized a different color for an overlay on printed text or images on the note. As with any alteration of a well-oiled system, sometimes perfect printing did not always happen. Mistakes or unideal products are the results, and the mule note is such an example.

What is a Mule Note? 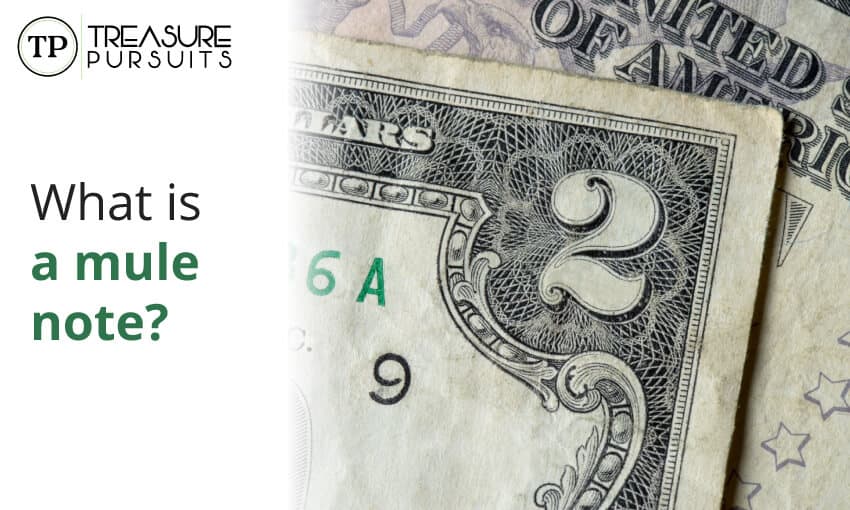 How to Identify a Mule Note.

Macro plates and micro plates refer to the size of the plate used for printing the number for a particular series of notes. The use of the larger, macro plate numbers began with the 1935 A series, and was placed on the $1 SC bills. Prior to this change, printers used a micro plate, the smaller one, for the series numbers. This mismatch is how to identify a mule note from the 1920s through to the 1950s. Some 1928 $2 bills can be mule notes. 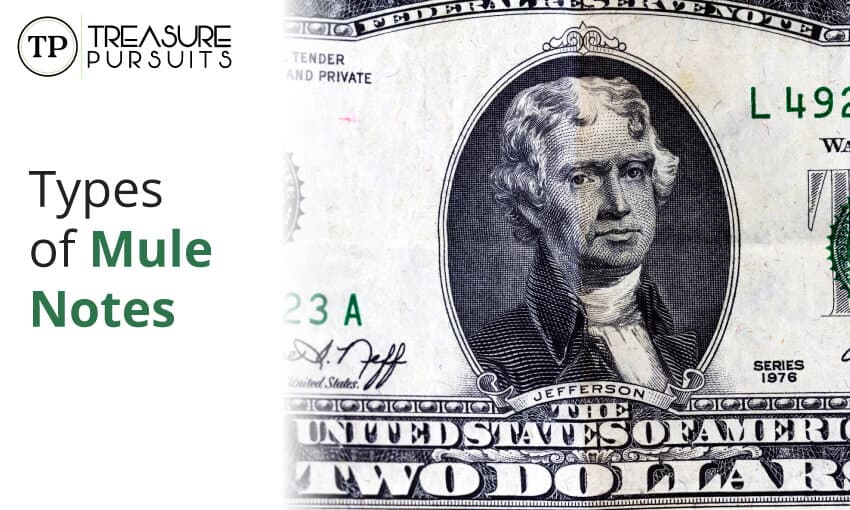 Different plate sizes are the major reason why the mule note exists. Each plate is assigned a specific number for a unique set of dimensions as part of the design layout for a note. In the case of the mule note, the placement of the series number was dependent on the plate used for printing it, which effected the physical size and location of the series numbers. For small mule notes, using Macro plates (1.0 mm) made a larger sized series number on the back, while micro plates (0.6 mm) made a smaller sized number on the front.

Not only did the different plate numbers alter the size of the printed series number, it also modified the location of it. In the new macro series, the engravings placed the number in a new spot than on previous plates. These are called large mules. Reusing old plates after implementing the new macro plates, or using already, half-printed notes with the old plates, brought about the mule note. It was also more cost effective and an efficient use of any old materials.

Flip between both sides of any notes within in this time period, and check the size of the series number as well as its location on each side. If you are within the correct time frame, a mule note might be in your possession. Small size mules are more common than larger size, though. The new look of the note began with $1 and with higher denominations changing approximately a decade afterwards. Use additional sources to help narrow down a specific series or year, and maybe your rare fine will lead to a more profitable future.