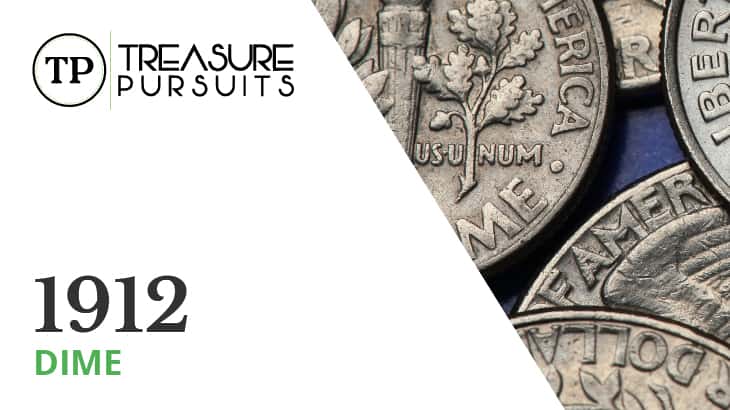 Though disliked by its contemporaries, the Barber dime today has a stable market and is the favorite of many collectors.

The Barber coinage was commissioned to replace the Seated Liberty coinage that had grown quite unpopular by the late 1880s. It wasn’t until 1893 that the Barber dime began production.

The obverse design, nearly identical across the Barber coinage, features a profile bust portrait of Miss Liberty wearing laurels and a Phrygian cap. The denticled rim bears the legend “UNITED STATES OF AMERICA,” and below Liberty’s neck is the year of mintage.

The sparse reverse design simply has the denomination “ONE DIME” surrounded by a wreath made of corn stalks, wheat, and oak leaves. The edge of the coin is reeded.

Like many coins of the period, the Barber dime is composed of 90% silver and 10% copper. The diameter is 17.9 millimeters, and the mass is 2.5 grams.

Echoing the sentiments of numismatists of the time, Theodore Roosevelt strongly disliked the Barber dime and sought to replace it in an effort to beautify American coinage.

It was 1916, a mere twenty-four years after the first mintage of the Barber dime, when it was replaced by Adolph Weinmann’s Winged Liberty dime, also called the Mercury dime.

History of the 1912 Barber Dime

The 1912 issue enjoyed a rather large mintage, totaling some 34 million dimes. Philadelphia, Denver, and San Francisco all struck dimes this year.

Philadelphia pulled most of the weight, with 19,349,300 dimes minted. Overall, this issue is reasonably well struck, though many examples show evidence of die erosion, and Mint State examples are common.

Denver struck 11,760,000 Barber dimes in 1912. Strike and luster quality tend to be average on this issue, but examples are readily available, even in Mint State. Two repunched mintmark varieties are known and are popular among collectors of the series.

Only 3,420,000 dimes were struck at San Francisco, but even with this relatively small mintage, this issue remains common in high grades, likely due to several rolls being saved at the time. A repunched mintmark variety is also known for this issue but has not attracted the attention of many collectors.

Overall the 1912 dime is a great starting point for collectors looking to get into Barber dimes, as the high mintage and high survival rate make acquiring a specimen quite easy and affordable.

This issue is typical in terms of design, composition, and measurements.

If you plan on buying or selling a 1912 Barber dime, as with all coins, professional grading is the best option for determining the condition and value of a specimen. However, you can use this section to get an idea of what grade your coin is.

In Good-4, the “LIBERTY” inscription on Liberty’s coronet will not be visible at all, and the coin as a whole will be worn and flattened out, eliminating all but the most important design details.

Very Good-8 examples will have at least three letters in the inscription visible, but the overall condition will still be quite worn, with few fine details discernible.

Fine-12 examples might still have weak letters in the inscription, but they should all be legible. A few areas of fine detail may remain.

In Very Fine-20 grades all the letters of the inscription are clear and plain. More fine details are visible, and the coin is in average condition.

Extremely Fine-40 examples will show sharply-struck letters on the inscription, and the design as a whole is attractive and maintains a fair amount of minute detailing.

On About Uncirculated-50 coins, very little wear is discernible, and nearly all of the fine detailing (such as the hair texture, the border of the crown, the edges of the leaves, the texturing on the wreath) are clearly visible.

Uncirculated grade coins show virtually no wear, though some minor marks may be seen. All details have been preserved, and the luster will be bright and shiny or naturally toned.

Because the 1912 Barber dime contains a significant amount of precious metal, its minimum value is its melt value, or how much the silver content is worth.

At the current spot price of silver, the approximate melt value of this coin is $1.06. This is subject to change with the fluctuations of the silver market, so you can click on the number to see an updated melt value.