The 1945 Wheat Penny, which features the traditional Lincoln bust on the obverse and a Wheat reverse, is a coin that is widely loved by collectors and investors, alike, with an interesting history and origin story. With a long run of 50 years of production from the US mint, this series was first minted in 1909 through 1958. Some would say the value isn’t much while others will say it is worth having in your coin collection.

The Wheat Penny is the only coin that has seen the United States go through the Great Depression and two world wars. Initially minted as a replacement for the Indian Head Penny, the Wheat Penny was prized by consumers. The overwhelming popularity for the new Wheat Penny is what led to its eventual long-running 50-year life.

The Wheat Penny was designed by Victor D. Brenner, and is officially known as the Lincoln cent, featuring a former president for the first time, despite protests from conservatives which desired to hold to the old standard of not putting presidents on coins, based on the direction from George Washington.

Despite the initial pushback, Theodore Roosevelt eventually selected the 16th President Abraham Lincoln for the new penny design in order to celebrate the 100th year of Lincoln’s birth. Following minting, consumers loved the coin, but initial criticism about Brenner’s large initials resulted in a slight design change to reduce their size.

Brenner’s design on the obverse featured a bust of Lincoln facing right, with “IN GOD WE TRUST” centered above it. The date is located  in the lower right of the obverse design with “LIBERTY” on the left side of Lincoln’s shoulder.

The reverse design shows two wheat ears surrounding the words “UNITED STATES OF AMERICA” and “ONE CENT”. “E PLURIBUS UNUM” is centered above this main design element. Generally, Brenner intended to design a simple but effective reverse side.

Collectors frequently select the Wheat Penny as the very first series to collect because of its high visibility and price, and because of its long run, this allows collectors to enjoy finding these coins widely.

In fact, the Wheat Penny series is not only the longest-minted coin in US history, as well as being produced in far greater numbers than any other coin known to be minted in the history of the world.

The Wheat Pennies’ legacy continues to live on, with it being one of the most easily recognizable coins that are no longer in circulation. Most collectors do have some type of Wheat Penny Collection, and it is the coin that brought most people to coin collecting in the first place.

History of the 1945 Wheat Penny

This particular issue had an enormous mintage, only exceeded by the 1944 mintage, not to be exceeded until the 1956 penny issuance.

1945 was the second year of “shellcase” penny production, because some portion of the metal used in the pennies was from brass cartridge cases in an effort to make good reuse of the metal from military training bases. The only significant difference between the pennies of 1945 and those of pre-war composition was the lack of tin. Because tin typically comprises just 1% of the total coin mass, the lack of tin is not evident upon visual inspection.

No Wheat Penny proofs were minted in 1945 due to the World War.

Roughly, this coins value, in average condition, can be estimated to be valued at about $0.15, while a 1945 Wheat Penny in certified mint state (MS+) condition might auction for as much as $3*. 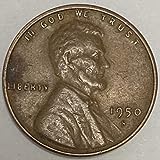 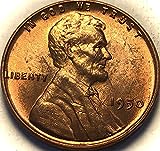 * This estimated value does not reference any standard coin grading scale. So, when we state ‘average’, this is meant to mean ‘in a similar condition to other coins issued in 1945’, and ‘mint state’ meaning the coin has been certified MS+ by one of the top coin grading companies.

Adding the 1945 wheat penny to any coin collection is something you can cherish for many years to come. It has a history with it and a design that anyone can appreciate. If you don’t already have a wheat penny in your collection this penny should be a must-have. While it will not hold a massive value this is why it is perfect for all collectors as it is not out of reach for anyone.

What Happened When The 1945 Penny Was Made?

Much like today, the world was full of life, and invention when 1945 pennies were being minted. Thankfully the World War II ended in 1945, bringing the international conflict to an end and restoring peace to the world. Many things happened in 1945 that still impact us today.