Do you want to know the 1928 $2 bill value? You’ve reached the right place. In this post, I’ll explain why this bill is such a popular collectible and tell you how much a 1928 $2 bill is worth.

Most people who receive a $2 bill immediately become excited. That’s because it is one of the most unique pieces of U.S. currency still in circulation and a valuable collectible.

The main reason for the collectibility of this bill is that it was the first “small size” bill issued in the United States. This makes it something of an oddity that even non-collectors like to have in their possession. The presence of the red seal on the left-hand side of the note also makes it seem very foreign and exotic to non-collectors. 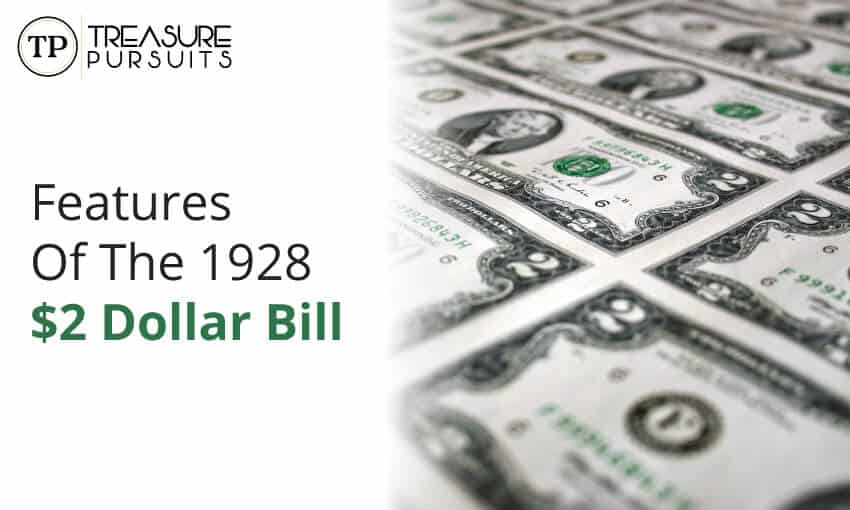 Portrait: Thomas Jefferson on the front and Monticello on the back

All varieties were circulated in large quantities in 1928. However, there are also uncirculated notes available, which are much rarer. Uncirculated 1928A and 1928B notes are considered the rarest variety, which is why they command a nice premium.

Star notes can also attract a higher price. A star note is one that has a solid five-pointed star symbol at either the beginning of the note’s serial number. They were used to replace misprints at the Bureau of Engraving and Printing (BEP).

The rarest 1928 $2 note is a star note 1928B series, which was printed between February 1932 and March 1933. There were fewer notes produced in this series compared to later series and misprints were less common in this variety. If you can find an uncirculated 1928 $2 star note, it could be worth thousands of dollars. It is estimated that there are less than a dozen of these notes available in the world today.

Some $2 notes are also “mule notes”. A mule note has different font sizes for the front and back plate numbers. This kind of difference doesn’t matter for most notes, but it can increase the uniqueness of a 1928 $2 bill, greatly increasing its value. If you find a star note that is also a mule note, it could be extremely valuable. 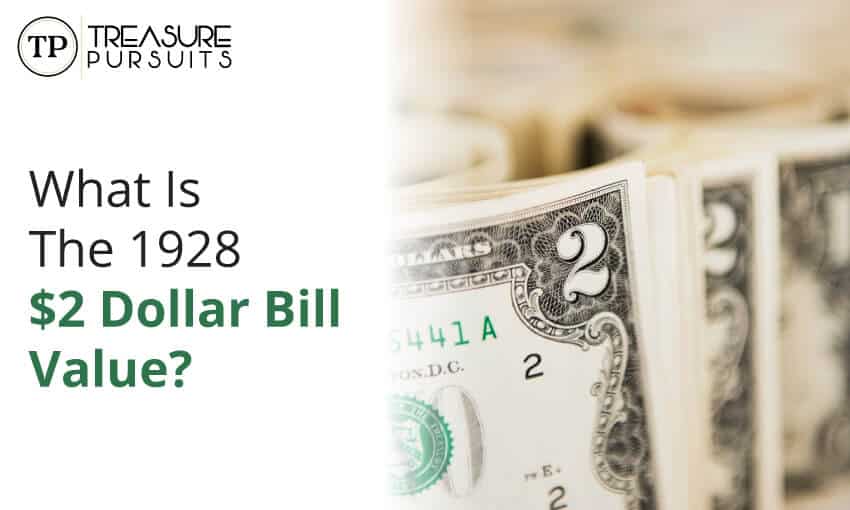 The value of a 1928 bill depends on several factors:

A bill in ‘uncirculated’ or ‘about uncirculated’ condition is one that does not have any creases, folds, or tears. It looks almost as good as the day it rolled off the printing press. This kind of bill would be of interest to a collector or currency dealer, even it is one of the more common varieties. The approximate value of 1928 $2 bills is as follows:

Star notes are typically more valuable, with a circulated 1928G star note fetching $30 to $60. Star notes of the 1928B variety can fetch several hundred dollars.

Uncirculated star notes typically start at a few hundred dollars. However, uncirculated 1928B star notes can sell for $15,000 or more. If the note was also a mule note, that could increase its value further. They are highly valuable notes that should be examined by a professional currency dealer.

Thanks for reading 1928 $2 Dollar Bill Value. You may also be interested in the 1976 $2 bill value. For more articles on the value of rare bills, subscribe to the website.