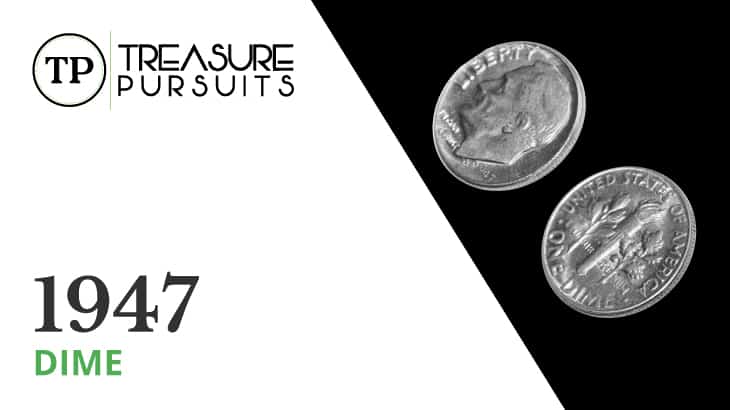 Although one of the less popular series among coin collectors, the Roosevelt dime is an attractive and accessible coin that anyone can collect.

In 1945, just before the end of World War II, President Franklin Roosevelt died of a brain hemorrhage. A president largely beloved by the American people, the Mint sought to create a memorial coin in his honor. Because of his involvement with the March of Dimes, the dime was a natural choice.

The next year, the Roosevelt dime began production, sporting a design by John Sinnock. The obverse shows a profile bust of Roosevelt with the legend “LIBERTY” along the left rim, the motto “IN GOD WE TRUST” in the lower left field, and the year of mintage on the lower right.

The reverse has a triad of symbols: in the center a burning torch, on the left an olive branch, and on the right an oak branch. The motto “E PLURIBUS UNUM” figures behind these, and the legend “UNITED STATES OF AMERICA” runs along the rim. The denomination “ONE DIME” sits at the bottom.

The design remains unchanged, although the composition has been altered. Struck in 90% silver from 1946 to 1964, a spike in silver prices forced the Mint to begin striking dimes in a clad composition of 91.67% copper and 8.33% nickel. This clad composition is still used today.

History of the 1947 Roosevelt Dime

The 1947 issue, only the second of the series, had a fairly sizable mintage of over 200 million dimes.

Three locations–Philadelphia, Denver, and San Francisco–struck dimes in 1947. Philadelphia struck by far the most: 121,520,000. The issue is still pretty common, even in Brilliant Uncirculated, though most coins show weak strikes from eroded dies.

A nice doubled-die obverse is known for this issue and is popular with collectors.

Denver struck 46,835,000 dimes this year, and this issue, like that of Philadelphia, is still fairly common in Mint State. Denver mintages generally have the strongest strike of any 1947 dime issue.

Last is San Francisco, which minted 34,840,000 dimes. This issue is likewise common in most grades, but overused and overpolished dies resulted in these coins displaying blurry details and shallow relief. Several varieties are known, including doubled-die reverses and repunched mint marks.

The most notable San Francisco variety is the S/D mint mark variety, which has an “S” mint mark punched over a pre-struck “D” mint mark. This variety brings a higher premium than the average 1947-S specimen.

Similar to the Full Bands of the Mercury dime or the Full Steps of the Jefferson nickel, a Roosevelt dime can be classified as Full Bands or Full Torch, depending on the grading service used.

Full Bands and Full Torch designations are a way of measuring the strike quality of a particular dime, and they are highly desired by collectors. They can raise the value of your 1947 dime considerably.

The minimum value of a 1947 dime lies in the silver content. Based on the current price of silver, the melt value of this coin is approximately $1.04.

Unfortunately, because of the commonality of this issue, the numismatic value of the 1947 dime is often hardly higher than the melt value, and the demand for the Roosevelt dime is generally lower than other denominations.

That said, the right condition can still bring a fair price, especially if the example shows Full Torch or Full Bands details.

Full Torch designation raises the value by a few dollars in most grades, but it can bring dramatic premiums in higher Uncirculated grades. For example, an MS-67 Philadelphia example, usually worth $110, jumps to $450 in Full Torch!