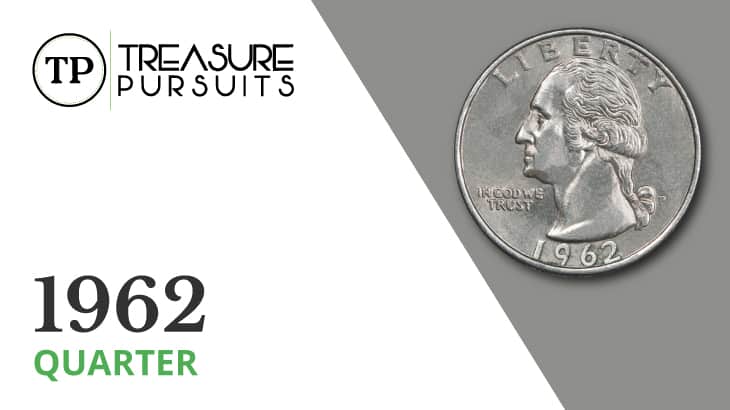 The Washington quarter, often overlooked as a collector’s item, offers much in the way of varieties, issues, and availability.

1932 was the first year of production for the Washington quarter. Although the US was in the midst of the a massive economic crisis, the Mint felt it imperative that a coin be created to honor George Washington on the bicentennial of his birth.

John Flanagan was responsible for the design of the new commemorative piece, which turned out to be a long-lasting series.

The obverse features a profile bust portrait of George Washington with the legend “LIBERTY” along the top and the motto “IN GOD WE TRUST” in the left field. The year of mintage figures at the base.

The reverse has an eagle with wings outstretched perched above an olive branch. Over top of the eagle are the legends “UNITED STATES OF AMERICA” and “E PLURIBUS UNUM,” and at the bottom is the denomination “QUARTER DOLLAR.”

The Washington quarter was minted continuously from 1932 to 1998, when it was succeeded by the Washington State quarter series, which uses a slightly modified version of Flanagan’s obverse.

Throughout this mintage, two compositions were used. From 1932 to 1964, a 90% silver composition was used. A rise in silver prices in the mid 1960s encouraged mass hoarding and made the use of silver for quarters impracticable.

History of the 1962 Washington Quarter

1962, the thirty-first issue of the Washington quarter, was minted in two locations, Philadelphia and Denver.

As typical for this era of the series, Denver struck the most: 127,554,756. This issue is quite common in all grades through MS-66. However, specimens above MS-66 are very scarce and carry high premiums.

Philadelphia struck 36,156,000 quarters in 1962, and these coins, like the Denver issue, are common through grades up to MS-66, but the population shrinks considerably in MS-67 and higher.

The 1962 quarter, having been minted before the 1965 switch to clad, maintains the silver composition of 90% silver and 10% copper. The diameter of 24.3 millimeters and mass of 6.25 grams are typical of the series.

Amidst the countless minor varieties that attend almost any coin, there are usually a few that are notable enough to attract attention from collectors and raise the value of a specimen.

There are three such varieties for the 1962 quarter, and you should keep your eye out for them, as they can bring premiums well above the average value of the 1962 issue.

The first is what is known as the Type B reverse. For unknown reasons, certain quarters minted from 1956 to 1964 were struck with a proof-style reverse die. Quarters with this Type B reverse show a wider separation between the “E” and “S” of “STATES” as well as sharper feather detail.

The second variety comes from the Denver issue and is a D/D repunched mint mark. This means that the “D” mint mark has been struck over a pre-existing “D” mint mark, and the original mark is still partially visible.

The third and final major variety is the doubled die obverse. In this case, the obverse die accidentally shifted or moved while being hubbed, producing a slight doubling effect on the design, which is then transferred to all coins struck by that die.

The doubling is usually most visible in the lettering, especially the “LIBERTY” legend and the “IN GOD WE TRUST” motto, although it may be seen on other devices as well. The doubled die obverse is the most valuable 1962 quarter variety.

Due to its availability in most grades, the 1962 quarter has generally low values. However, very high grades can bring impressive prices, and varieties can be worth a premium as well.

The minimum value of this coin is its melt value, which is the intrinsic value of the silver content. The current melt value is approximately $2.60.