Is there really a 500 dollar bill? You would be right to be skeptical, but the answer is yes.

Over the years, several versions of the U.S. $500 bill have been in circulation within the United States.

Today, these notes are highly valuable collector’s items that are worth keeping an eye out for. In this post, I will share the history of the $500 bill, explain who is on the $500 dollar bill, tell you how much a $500 bill is worth and much more.

Although the $500 bill was taken out of circulation in 1969, it is still considered legal tender and can be used in day-to-day transactions. However, I’d strongly recommend against doing so, because its value as a collector’s item far exceeds $500. Here is some more information on this popular collectible currency. 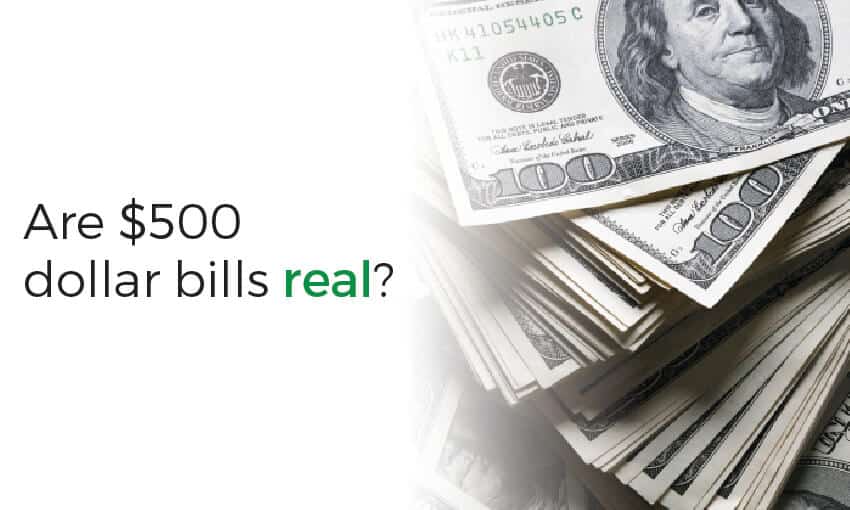 High denomination notes became very common amongst confederate states during the war of 1812 and the Civil War. The primary reason being how much easier it was to purchase war supplies with large denominations.

The first $500 note in the Federal banknote period appeared in 1861, after being authorized by Congress. These notes were essentially Treasury Notes (a short term loan to the government), as they had a three-year interest-bearing period. Most $500 notes printed in this era remained in the hands of banks and were rarely used by the general public.

The final $500 bill was a Federal Reserve note issued in 1934. This note, featuring a portrait of President William McKinley, remains the most common $500 note held by collectors.

Although the $500 dollar bill remains legal tender today, they are collectible items that are worth more than face value.

There have been many versions of the $500 bill printed over the years. However, many are so rare that you will rarely see them listed for sale. The $500 notes that most collectors are likely to encounter include:

This is a large size bill that is highly popular with collectors due to its interesting design. Despite its rarity, it is still “relatively” affordable, with some notes being available for a few thousand dollars. However, the rarest 1882 $500 Gold Certificate notes often fetch hundreds of thousands of dollars.

The value of this note will depend on its condition along with its seal type and signature combination. You can find several different combinations of seal type, signature, and serial number, so it is important to have your note properly valued before selling it.

1882 $500 gold certificates were printed for many years, which makes them the most common large format, high denomination note. For this reason, you can find them in many online stores.

This is a well-known note amongst collectors, because of its attractive design and relative affordability. The most common variations of the 1918 Federal Reserve Note can be purchased for a few thousand dollars, so it’s one of the most attainable large-format notes.

It is considered attractive because of the unique back design, which features Spanish explorer Hernando de Soto discovering the Mississippi. A circulated 1918 Federal Reserve Note can go for anywhere between $5,000 to $10,000 depending on condition. Uncirculated bills can easily exceed the $10,000 mark.

There were no varieties or star notes in the 1922series, so they are priced according to condition. You can find circulated 1922 $500 Gold Certificate bills starting at $5,000. Uncirculated bills will cost over $10,000.

1928 was the last year that the United States printed gold certificate notes. It is estimated that the government made 420,000 1928 five hundred dollar gold certificates, which is one of the highest print runs of $500 bills.

Again, there are no variations or star notes in this series, so the condition of the bill will determine its value. However, notes that have a serial number lower than 100 often command a premium. Prices for circulated notes will be between $2,000 and $10,000 based on their condition. Uncirculated notes are worth about $15,000.

Despite these notes saying “redeemable in gold on demand”, they are not gold certificates. They have a similar look to the 1934 Federal Reserve note, which is the most common $500 note that was released a few years later, so people sometimes confuse the two.

There are several factors that determine the value of this note. They include its condition, serial number, seal color, and bank of origin. Twelve banks issued this note, with three printing a seal with a lighter green color. These light green notes will sell for a premium. Notes with a low serial number, note with a star symbol in the serial, and notes issued from Boston will also have more value.

With almost two million printed, this is the most common $500 bill issued in what the United States. There are still about 150,000 of these notes in existence, making it relatively easy to find one at an affordable price. 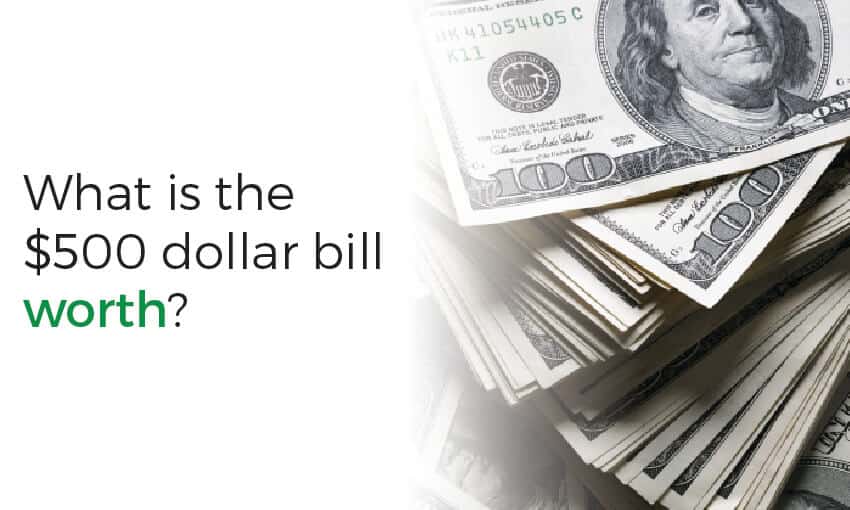 All collectible currency is valued based on its:

To give you an example, an 1882 $500 Gold Certificate in fine condition would be worth much more than a 1934 $500 Federal Reserve Note in good condition because:

The different rarity, demand, and condition of notes mean that the value of a $500 bill can vary greatly. However, in general terms:

Commonly Asked Questions About The $500 Bill

The list above includes the 6 most common $500 bills. It doesn’t include many confederate or very rare notes. If you have a $500 bill not included here, you may have a very rare note on your hand and should have it professionally appraised.

The rarity and uniqueness of the $500 bill make it quite the collector’s item. It’s not something that you are likely to find at your local pawnbroker or antique store. For very old $500 bills, you would need to contact a currency dealer or auction house.

We can’t be certain why the U.S. government doesn’t print large bills anymore.  While they claim it is due to these notes not being used very often, it may also be related to their use in money laundering, drug dealing, smuggling, and other criminal activities. 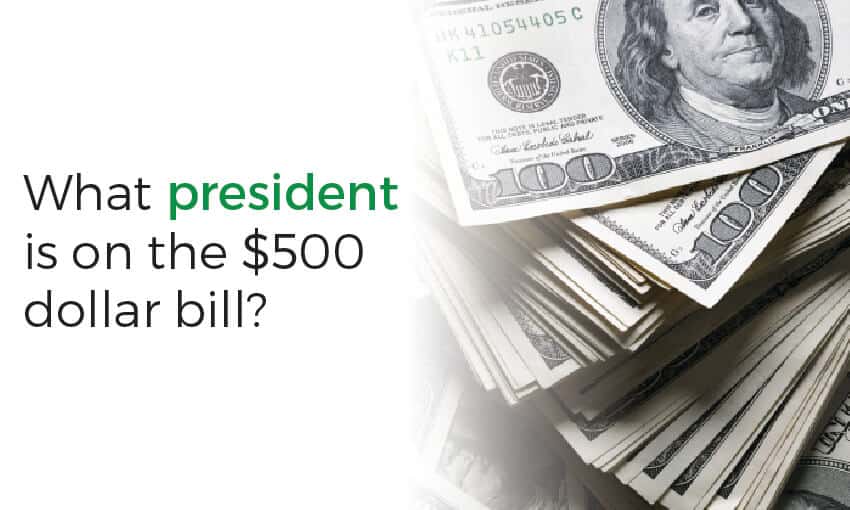 There were several different series of the 500 dollar bill printed, with the portraits on different people featured them. However, the most common series of $500 notes (printed in 1928 and 1934) features an image of President William McKinney on the front. The 1882 and 1922 gold certificate bills feature a portrait of President Abraham Lincoln.

Are misprinted $500 bills worth more?

Absolutely. Given the rarity of the $500 bill, a significant printing error would make the piece quite valuable.

What types of $500 bills were issued?

There have been a surprisingly high number of different $500 bill released. Some of the different types of bills issues have included banknotes, treasury notes, gold certificates, silver certificates, federal reserve notes, various types of interest bearing notes, and legal tenders. Part of the fun of collecting $500 bills is obtaining the many types of rare notes and certificates.

What was the most valuable $500 note sold for?

There have been a several $500 notes which have sold for more than half a million dollars. These are extremely rare notes that belong in the hands of wealthy collectors and museums.

“Rainbow” notes are given that name because they are more colorful than other notes printed around that time. The paper these notes are printed on contains a series of fibers of blue and other colors. They were printed this was as an anti-counterfeiting measure. Although about 90,000 of these bills were printed, only three are still known to exist.