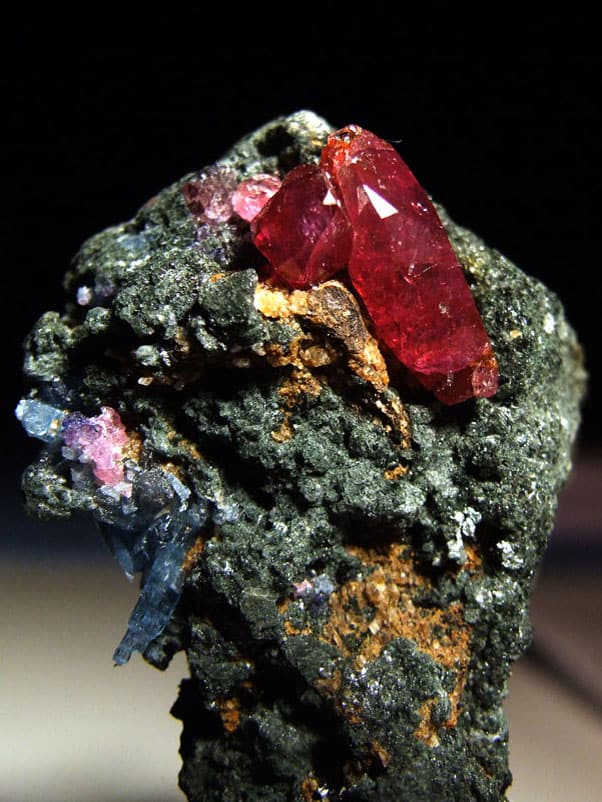 Ruby is undeniably one of the most beautiful gemstones your eyes will ever witness.

The crimson light that delicately intertwines with the dark shadows give it a subtle glow that will make any jaw drop at the sight of it. No wonder ruby is much coveted, and many will want to try to imitate such a lovely stone.

This is a grave problem to those of you who want to avail the real deal, because among all the red stones presented to you, which are authentic?

Ways to Tell if a Ruby Is Real

The darker the tone, the ﻿better ﻿the stone."

In this video, Dr. Lori discusses how to look for a great quality gemstone by looking at its tone.

Real rubies have a deep, rich scarlet color. A red so vivid it looks bright, while fake rubies are those that are light and dull, as if there is no substance within them.

“The darker the tone” does not mean that the red must be a very dark shade of red, because if it is a red that is too dark then it is not a ruby at all but a garnet.

Remember that “tone” is different from “shade” in color. A lighter red (ruby) and darker red (garnet) may be different in shade but they may have the same dark tone in the sense that both of their red are intense, deep, and concentrated. The value of a gemstone is higher the darker the tone.

This is why the richer the color of a gemstone, the more expensive it is.

Garnet is commonly mistaken for ruby, because of the similarity in their color. Ruby and garnet may have similar colors, but they are different in structure.

These two stones are both refractive in nature, but ruby is twice as refractive than garnet. Therefore, if you move ruby towards the light, you will see that ruby will conjure a “double image” of a kaleidoscopic of colors – sort of a rainbow.

Real gemstones are those that formed naturally as minerals deep inside caves and underneath the ground. Therefore, it is only to be expected that there would be tiny imperfections – a black spot, a line, an inclusion – found within the stone.

You can examine these more clearly using a 10-power magnifier, since you can hardly see the minute flaws with your naked eye.

Fake stones are often so flawless because tiny flaws such as that found in real rubies are hard to imitate. However, you should remember that any flaw within the stone is excusable except bubbles.

Many try to imitate gemstones by using glass materials. Bubbles are often formed as the glass cools down. Therefore, they are good indicators if what you are holding in your hand is actually glass, not stone.

Ruby, together with sapphire, are gems of the mineral conundrum.

What in the world is conundrum, and why is it even relevant here? You may ask. Well, you might be interested to know that conundrum is second only to diamonds in hardness.

Therefore, one of the best ways to determine if a stone is truly a ruby, and not another type of gemstone or some other kind of imitation, is by scratching its surface.

You can use your nail, a coin, a stone, or anything else, and there must be no scratches on the surface afterwards. Remember, ruby is second only to diamond in hardness. This means that only a diamond can scratch a ruby.

These are some of the easiest methods on how to tell if a ruby is real and distinguish a real ruby gemstone from other imitations. However, if in doubt you can always get second opinions from other jewelers or ask for an official certification from your supplier, to guarantee that your desired stone is truly and authentically, a ruby.