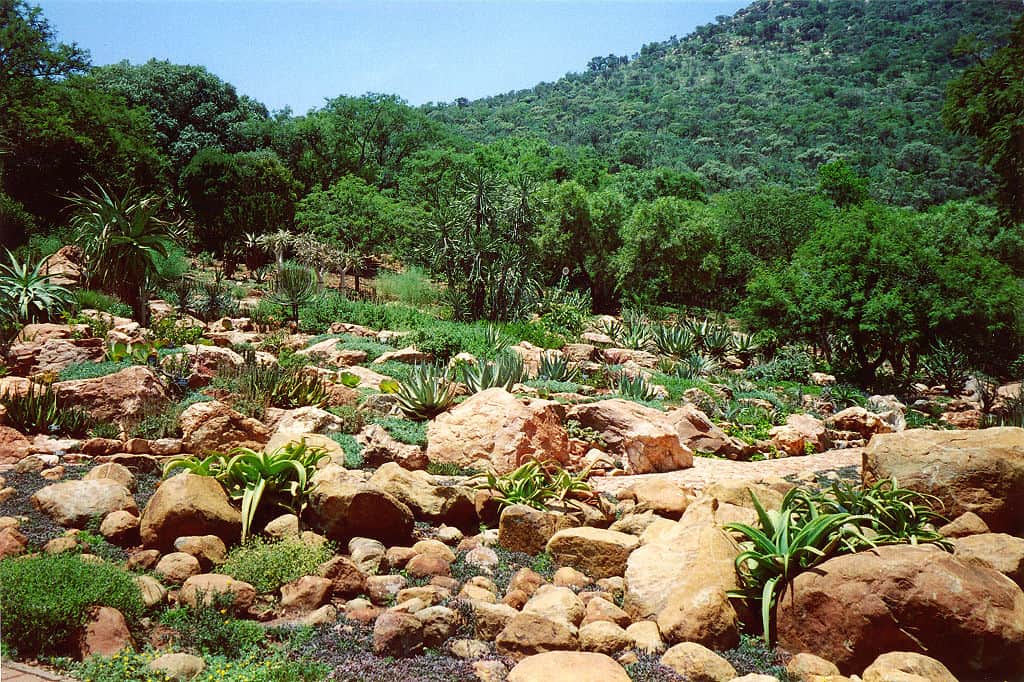 Where is Gold is Found? 13 of the Most Productive Places in the World to Find Gold

Gold is one of the most important metals and it’s used in various things including arts, jewelries and coinage. It has been around since early times and it has been used as currency back in the old days.

This metal is still as important as its value doesn’t go down. This is the reason why some people decide to invest in gold. Gold mining is not an easy task.

However, because of the potential huge payout once the miners were able to hit a location with high gold deposit, they continue to explore and mine the area to get more of this precious metal.

The two largest deposits of gold are in India and Africa.

South India has gold deposits because it has the world’s second deepest underground gold mine located in the Kolar region.

South Africa has the largest gold concentration because Johannesburg has large amounts of gold deposits. The Kolar regions were closed for several years due to diminishing returns but the area still remained to be rich in gold.

India is also the largest consumer of gold and gold products. Other than these regions, there are some developing gold producers like Canada, United States, and Mexico, etc.

Gold is one of the most precious possessions that a man could have. To those who ask where is gold found, here is a list of world’s largest and prolific gold fields.

The Witwatersrand Basin is considered as one of the richest fields of gold discovered. It is located in South Africa and it is estimated that over 40% of all gold has been mined in basin areas.

The entrance of the area is 500 miles from the tunnels of Tau Tona mines. In 1970, South Africa has accounted for 78% of gold production across the world. By 2010, gold production share has dropped to 8%.

Gold mining in the basin area is created by underground tunnels for reaching the rich reserves. The main feature of the tunnel is that it is 2.4 miles below the surface of earth. The workers take two hours of travelling to reach the surface and deep sections of mines.

They also need to contend with lethal gas pockets, water and small earthquake barrages. In 1886, gold was discovered initially in the basin by an Australian miner in large gold rushes.

The surrounding area has become part of Johannesburg City and in the next ten years, it has become the largest city of South Africa. 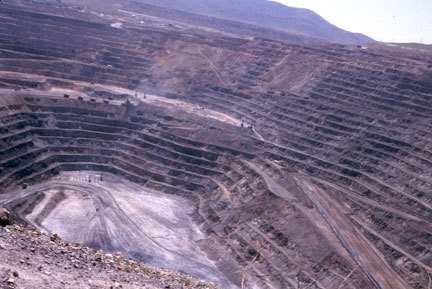 The western area of the United States has missed one of the major gold fields for over a hundred years.

Now, this area is called invisible gold. It was discovered because of the existence of gold deposits or veins in Carlin Trend of northeast Nevada.

There were very fine particles of metal in sediments that were even difficult to see with a microscope. Livermore has found the first invisible gold in Carlin Trend and subsequent discoveries in Macedonia and China have been referred as Carlin-type gold deposits.

Later, Carlin Trend has become the richest gold fields across the globe. The production of gold is completely dominated by Carlin Trend in the state of Nevada and accounts for over 80% of gold production in the United States.

The area has been ranked as the fourth largest producer of gold in the world.

Irian Jaya is one of the most inaccessible spots, but it has the largest gold mine and third largest copper mine. This area is at an elevation of 14,010 feet in the mines of Grasberg and 2 miles away from Ertsberg Mine.

The Ertsberg mining works begun in 1967. The tram system has also been built to surmount the 2,000-foot cliff, which separates the mine site from roads.

The ore is processed by mixing it with water and creating gold slurry, which travels from a pipe that’s 70 miles to the shore. The slurry is then concentrated and the ore gets transported to smelters across the world.

The mine was in operation from 1972 but got depleted in the mid 1980s. The mine had over 2.5 million ounces of gold production in 2009 and has open pit operations for mining gold by underground methods. 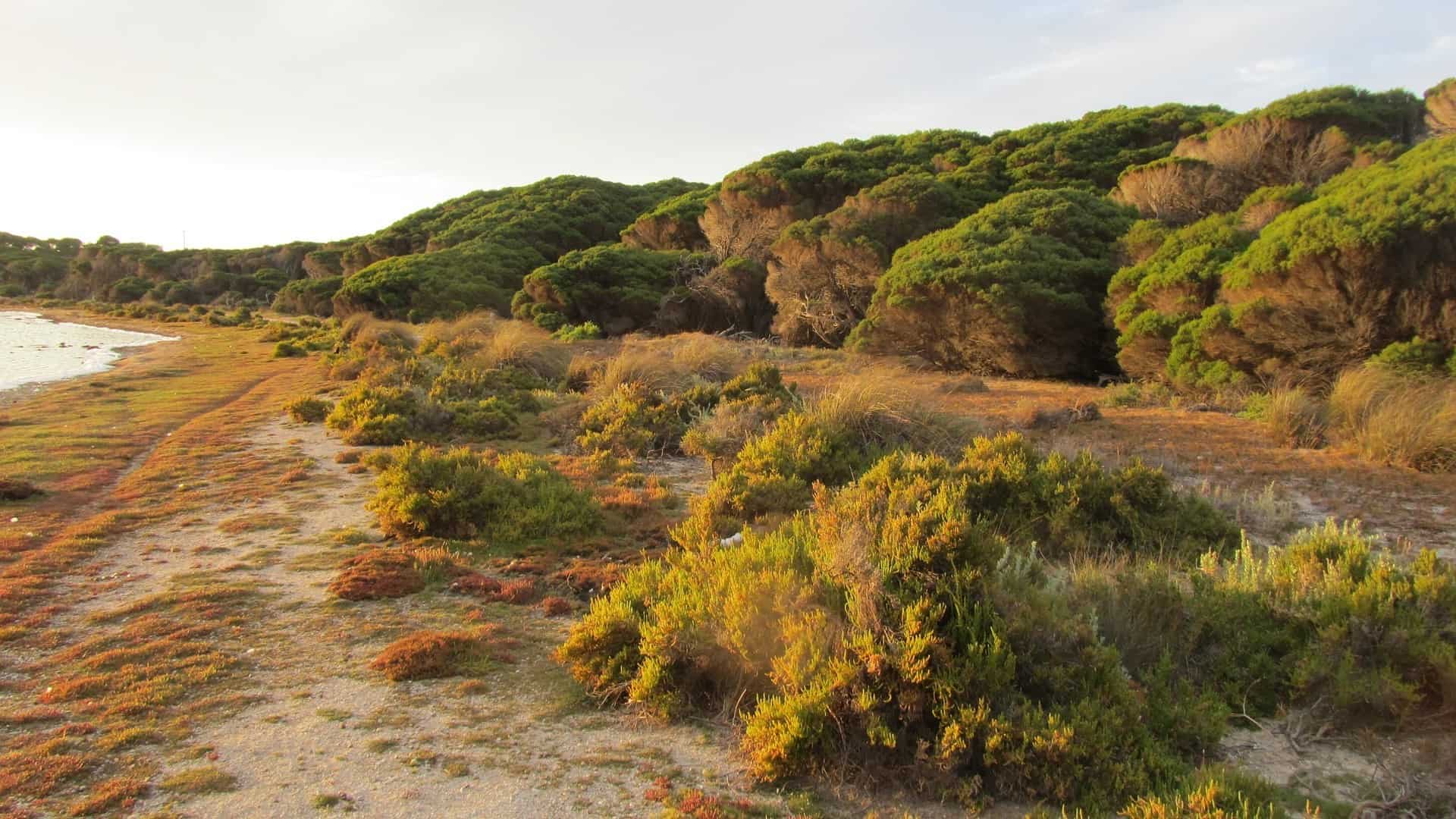 This is located in the Kalgoorlie area of Western Australia. It is one of the largest open pit mines in the country.

The coverage area is approximately 3 square miles and excavation has begun after various underground mines were discovered. The Super Pit also covers a much known area of Golden mile, i.e., an original gold rush of the 19th century.

The area has been mined for around 100 years and it’s expected to produce gold through 2017. Kalgoorlie City was formed in 1893 and the subsequent rush of gold has been observed in the surrounding areas within a period of 10 years.

Today, more than one fourth of jobs in Kalgoolrie City are related to mining. 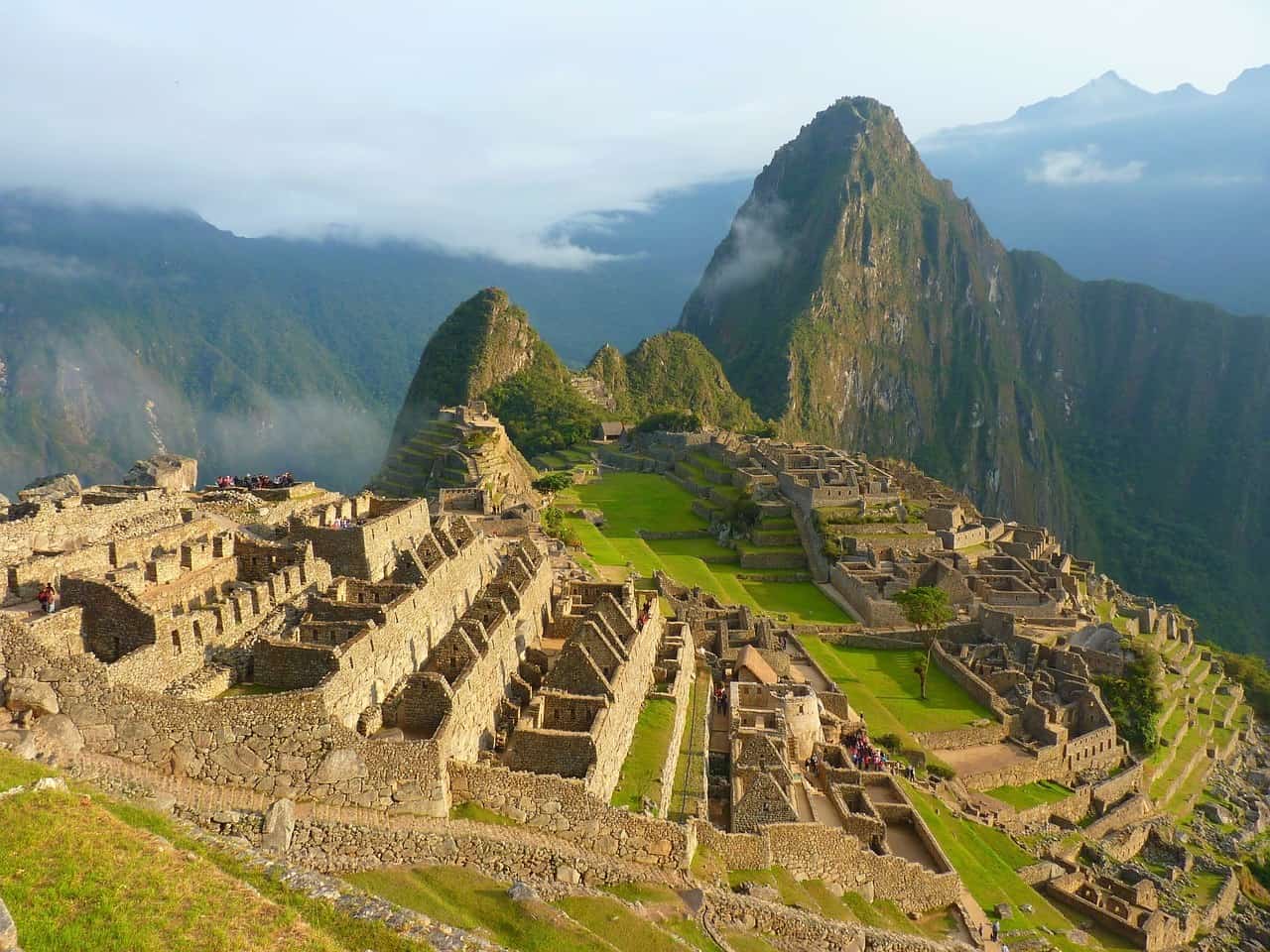 Yanacocha is located in the high Andes Mountain with an elevation of over 13,000 feet. It lies within the Yanacocha complex and covers an area of 60 square miles. It’s considered to be one of the largest gold mines in Latin America.

The region is also the second most profitable gold mine in the world. Yanacocha has the largest facilities for gold mining operated by Newmont Mining. The company has invested approximately $2 billion in mining and has received returns of approx $7 billion.

The legal battles of 1994 erupted between the French partner BRGM and Newmont Mining but later, Newmont Mining got the permissions to buy out the stake of BRGM. From its beginning in 1993, Yanacocha has produced over 25 million ounces of gold.

The area has been given the casual name of Gold Country. It’s located at the western slope of the Sierra Madre Mountains and extends to the highway of California.

Gold was discovered at Sutters Mill and triggered a popular gold rush in the area. After some years of discovery, over 300,000 people went to California to find their fortunes. The population of San Francisco has also grown from 1,000 to 26,000 by the year 1850.

The prospectors initially focused on gold panning and later, moved to hydraulic mining for water pressurizing and for loosing the sediments on cliffs and slopes processing.

It has been assessed that around 20 million ounces of gold were collected from traditional methods in the year 1870 until 1942. The mines in this area have continued to operate through WWII because the government forced the closing of direct resources for war efforts.

In 1970, gold prices soared in the interest of opening several mines and renewal of areas with open pit mining and more modern methods. By the 1980s, operations of these mines were ceased because of depressed gold prices. 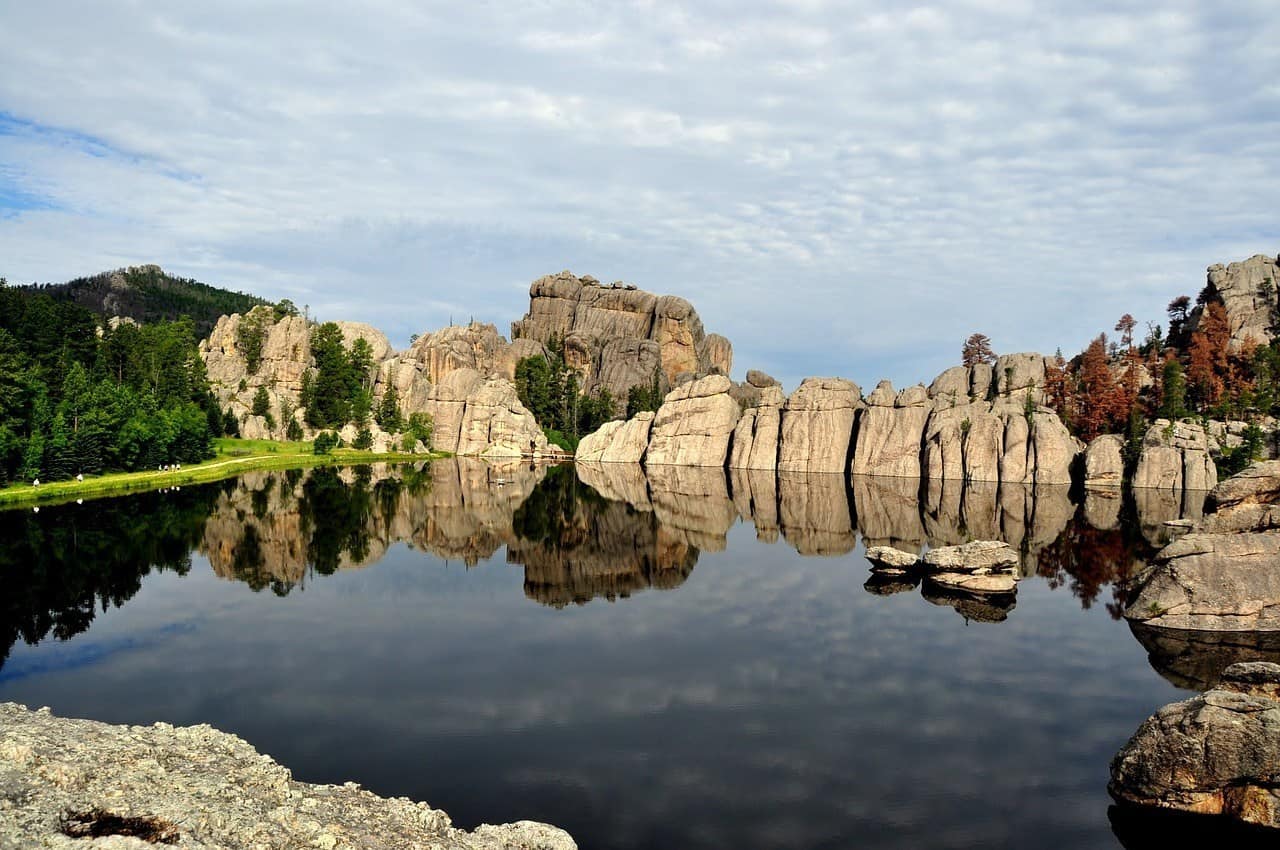 Homestake Mining Company in South Dakota is one of the deepest and largest gold mines in the western hemisphere. The total output has been estimated at around 40 million ounces of gold over its 125 years of consistent production.

The company was founded in 1877 with a coverage area of 8,000 acres. There has been a series of acquisitions in this area and Homestake Mine also became one of the significant sites for particle physics research.

In the late 1960s, the company successfully detected solar neutrinos and collected it from deep locations in mine. These types of experiments took place until 1994. Homestake Mine has utilized a complete depth of 8,000 feet for research concerns and also won various recognitions for physics work, deep underground science and more. 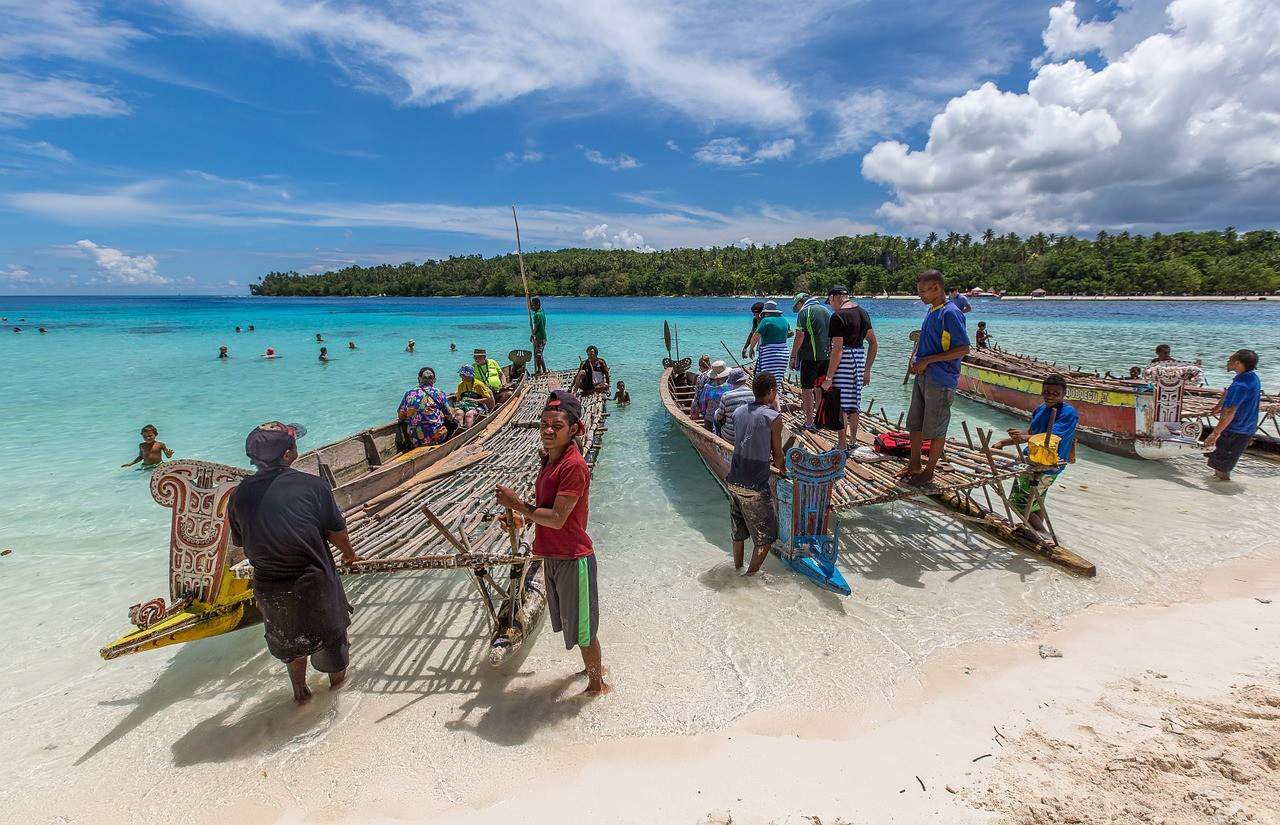 It is one of the remote locations where largest gold mines are found.

Papua New Guinea is 500 miles northeast of the Bismarck Sea. Lihir Island can be reached from the other side of New Ireland. The island has an area of 125 square miles and it was formed from a rising volcano 2,300 feet above seal level.

Gold has been discovered initially during the explorations in the 1980s and mining began in 1997. This mine is located at a very active geothermal area and Newcrest Mining has taken measures by drilling holes for the release of gases. The gold resources of mine are estimated at 40 million ounces.

Dawson City is located in the Yukon Territory and gold rush started here in 1897. Yukon could be easily reached by boat from the west coast of the United States to Skagway in Alaska. After a boat ride, you need to cross the incredibly steep Chillkoot that’s raised by 1,000 feet high ice staircase.

Mining in Yukon is as difficult as reaching the area. The mine is located more than 10 feet underground with the winter temperature of -60 degrees F. It is estimated that around 12.7 million ounces of gold has been recovered from this area. 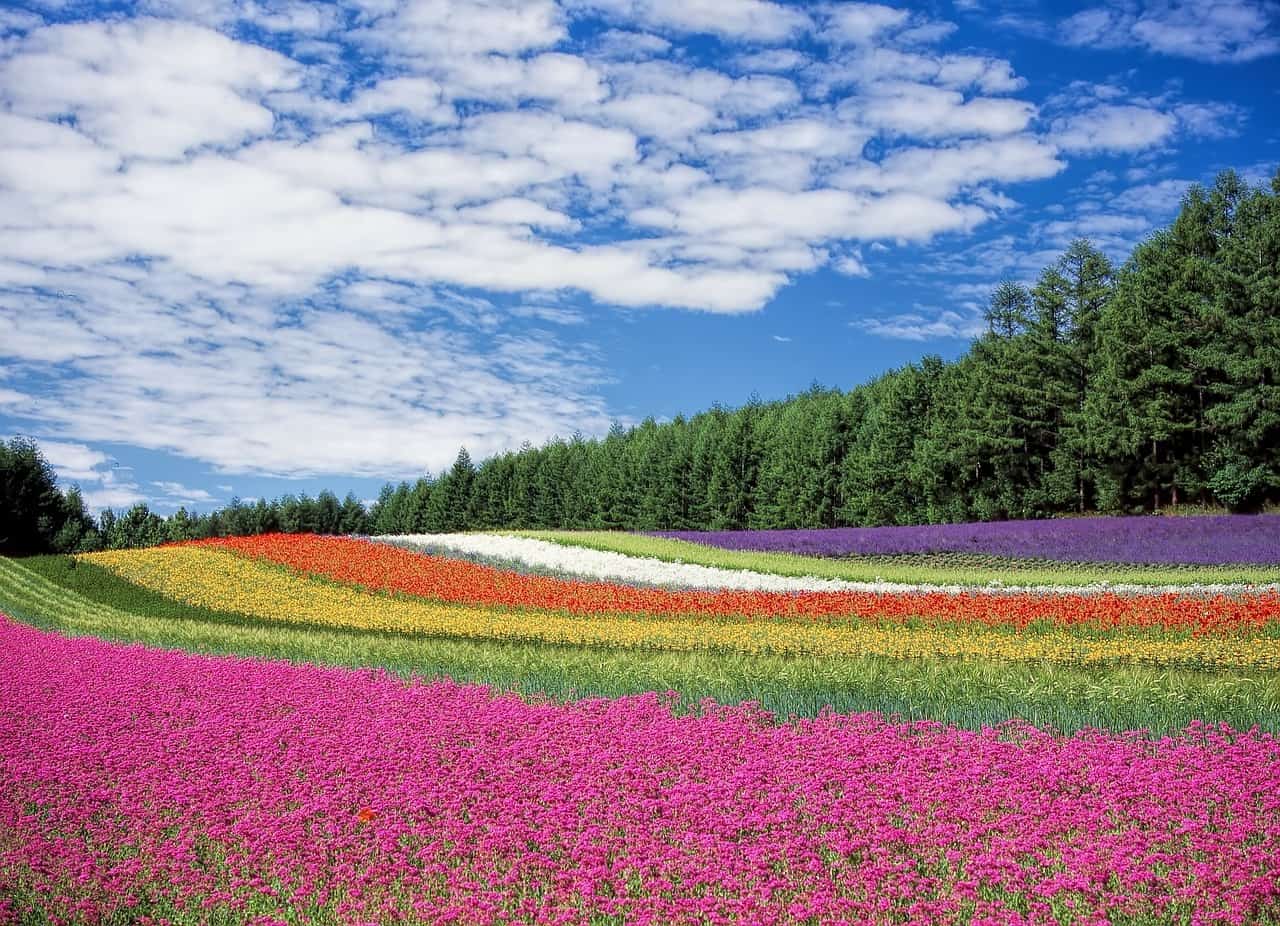 In early 13th century, Japan was called the “land of gold” because of its gold display throughout the King’s palace. Most of the gold in Japan was produced by the Sumitomo Mining Company. It was discovered to have the highest gold deposits in the world and it’s now known as Hishikari Mine.

Usually, there are maximum three ore strikes for every 1,000 drilled bores but Sumitomo has drilled 20 bores and all have come up with ore strikes. The gold ore concentrations were also very high in mines.

Hishikari Mine is located in the north side of Kagoshima Prefecture. The exceptional volcanic geology in Japan accounts for its high concentrations of gold. 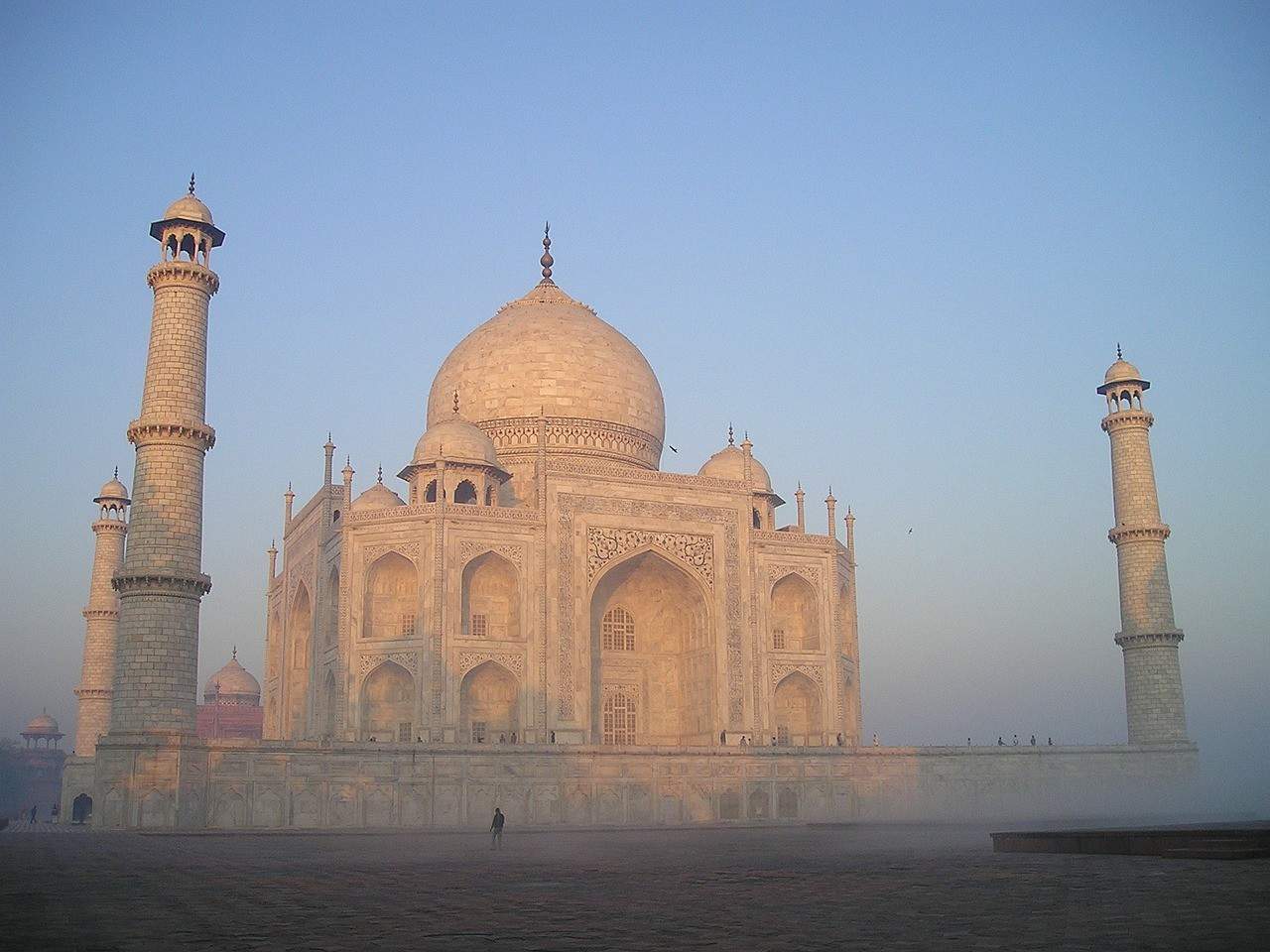 Karnataka is the largest gold producer in India. The state has recovered around 17.7 million tonnes of gold from the main regions of Kolar, Hassan, Dharwad and Raichur districts. More than 88.8% of gold in the country is produced in Karnataka region.

There are some dispersed locations like Mysore, Shimoga, Belgaum, Mandya, Bellary, and Chikmagalur, which have also reported small reserves of gold. Most of the gold reserves are found in gold fields of Kolar and they produce 58% of the total gold production in the state.

The Kolar gold field has an 800 km long and 4 km wide belt for bearing the gold. The first operations of mining in this area started in 1870 and since then, it has become the largest gold supplier in India. It is also one of the deepest mines and now, gold is available in a depth of more than 3,500 meters.

Though Andhra Pradesh lags far behind Karnataka, it is considered as the second largest gold producer in India. Many geological surveys have been conducted for detailed mapping and the total evaluated gold in this area is 7.07 million tons.

The major gold deposits in this area are found in Anantpur and Ramagiri district. 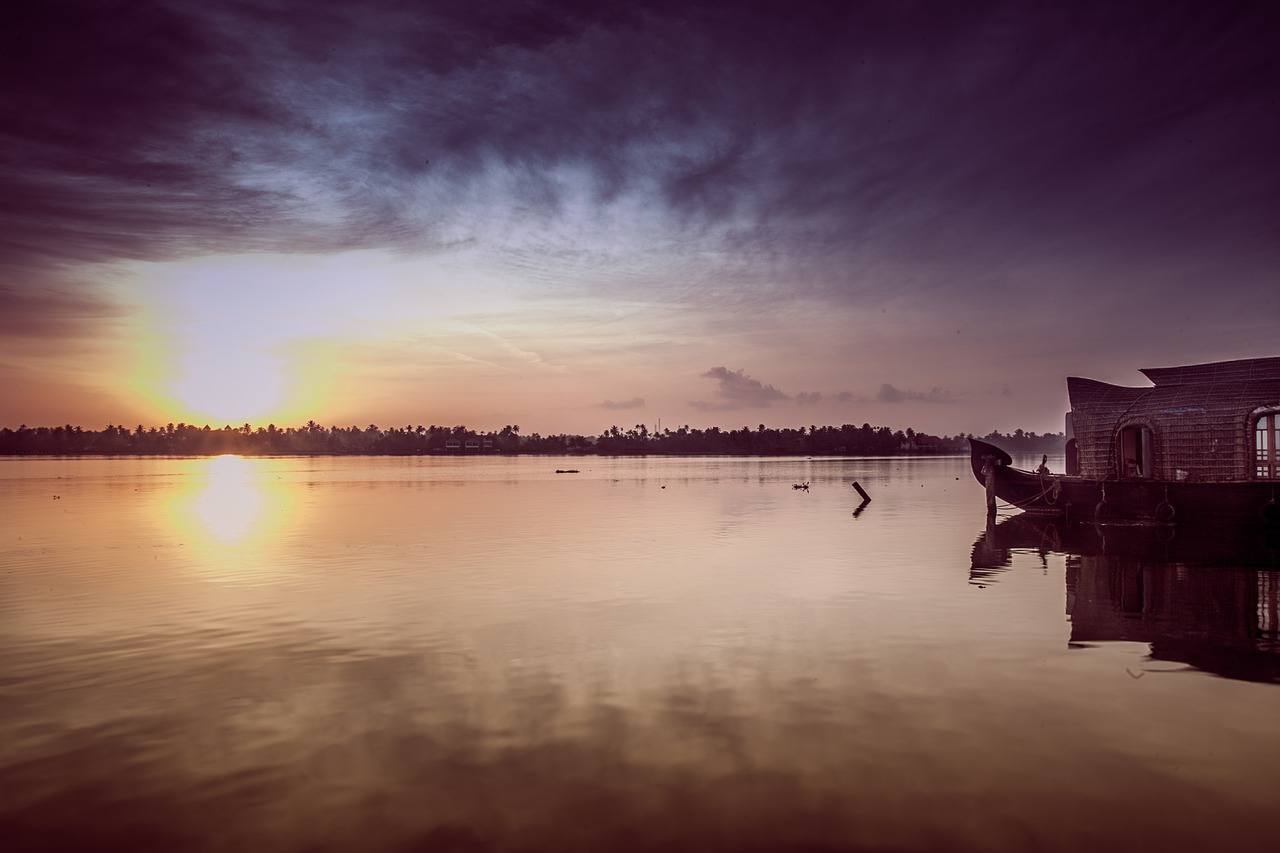 Other than mines of gold, there is an existence of alluvial gold, which is collected from gravels and sands of various rivers.

Gold is mostly liberated from rocks and the particles of gold gets concentrated at some places in rivers. These deposits are considered as placer deposits. Gold can be recovered from placer deposits with the panning process. This type of gold is spread widely across the rivers and therefore, found in very small quantity.

Jharkhand is considered to be an important producer of alluvial gold. It accounts for 10% of gold production in India. Jharkhand also has some parts of native gold but most of the gold in this area is alluvial gold.

Alluvial gold is recovered from the sands of Subarnarekha River. This river is named as gold streak river. Native gold is found in the areas of Lowa within Singhbhum district. Kerala also has various river terraces.

It is also considered that rivers of Bilaspur and Shimla, Himachal Pradesh have some quantities of gold but these particles are very small and not capable to produce gold quantities.

Make sure you check out our where to find gold in Texas post as well.