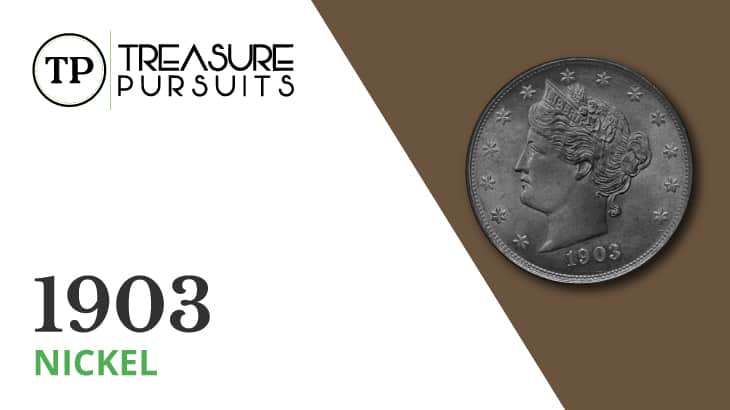 Liberty Head nickels, sometimes called V nickels, were a series of nickels minted for just under thirty years at the turn of the 20th century. They are often overlooked by beginning collectors.

The Liberty Head nickel began production in 1883. It was designed by the eminent Charles Barber to replace the Shield nickel, which had caused production difficulties for the Mint. The design is typical for Barber’s coinage and contains many design motifs present on this other coins, including stars and wreaths.

Barber’s obverse features, of course, a profile bust portrait of Miss Liberty. The rim is adorned with ring of stars, and the year of mintage appears below the portrait.

The reverse holds the “V” which gives the coin its alternative name, surrounded by a corn stalk wreath and the legend “UNITED STATES OF AMERICA.” On Type 1 nickels, which were only minted in the first half of 1883, the motto “E PLURIBUS UNUM” appears along the lower rim.

Type 2 V nickels, struck from the second half of 1883 until the series’ end, has “E PLURIBUS UNUM” above the V in small print. The denomination “CENTS” was placed on the lower rim.

This was done to prevent the racketeering that had occured with the Type 1 “no cents” nickels, where con-artists would plate the nickels with gold and pass them off for new five dollar coins.

Liberty Head nickels were last struck for the last time officially in 1912, but some five examples dated 1913 have mysteriously surfaced. It is not certain why these coins were produced.

1913 was the year the Liberty Head nickel was replaced by the popular Buffalo nickel.

History of the 1903 Liberty Head Nickel

1903 was a fairly high mintage for the Liberty Head nickel, with 28,004,935 examples struck in total. As nickels at this time were only produced at Philadelphia, no mint mark is present on this issue.

Due to its high mintage, the 1903 nickel remains somewhat common today in numismatic circles even into Brilliant Uncirculated grades.

Unfortunately, many examples contain signs of worn dies and weak strikes, so the discerning collector should look for well-struck specimens in addition to good condition.

The most important design elements to examine for determining strike quality are the hair details on the obverse portrait, the obverse stars, the corn stalks on the reverse, and the denticled rim. In a well-struck coin, all these elements will exhibit strong lines, fine details, and discernible boundaries.

There are several minor varieties known for this issue, most of them being repunched date varieties, but they do not receive much attention from collectors and do not typically bring an extra premium.

Design-wise and compositionally, the 1903 nickel is typical for issues minted after 1883. It uses the Type 2 “with cents” design and has a composition of 75% copper and 25% nickel, a diameter of 21.2 millimeters, and a mass of 5 grams.

The value for most 1903 Liberty Head nickels is rather low, as the issue is quite common. However, high-grade examples, especially those exhibiting quality strikes, can still bring a fair sum.

Proof strikes, being rarer and typically have a higher strike quality and luster, are worth a bit more in lower Uncirculated grades.