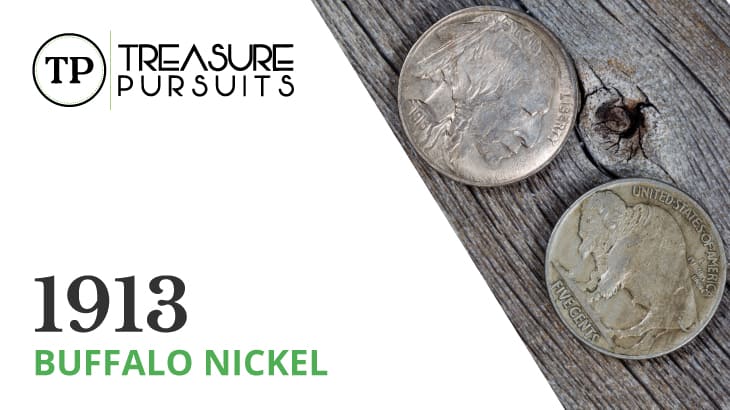 The Indian Head nickel, more commonly known as the Buffalo nickel, is a classic coin beloved by collectors of all types.

The design of a new nickel was commissioned in 1911 as part of an effort to make American coinage more beautiful, and it was James Earle Fraser’s design that was eventually chosen.

Because of scruples from coin-operated machine manufacturers, the design had to be altered several times, and it wasn’t until 1913 that the Buffalo nickel was first struck and replaced the previous Liberty Head nickel.

The obverse of Fraser’s design gives us the name “Indian Head nickel” with its stoic profile bust portrait of an American Indian. Along the upper right portion of the rim is the legend “LIBERTY,” and to the lower left is the year of mintage.

The reverse, which inspired the more popular moniker of “Buffalo nickel,” features the image of a large American bison. Along the top of the reverse face is the legend “UNITED STATES OF AMERICA” and the motto “E PLURIBUS UNUM.” Under the bison’s feet is the denomination “FIVE CENTS.”

There are two types of Buffalo nickels. The first has the buffalo standing on a sloped ground. This was altered within the first year of production to the second type: the ground was changed to be more flat, and the denomination was placed into a recess to minimize wear that might enable coin fraud.

Wear was a huge issue with the Buffalo nickel in general. Although the design was initially very popular, it quickly wore down with circulation, often to the point of rendering the mintage dates and other details completely illegible.

Thus, in 1938, as soon as the Buffalo nickel’s twenty-five year minimum span for a non-congressional design change was finished, the coin was replaced by the Jefferson nickel.

For more information about collecting nickels, be sure to see our Ultimate Guide.

History of the 1913 Buffalo Nickel

1913 was a prolific starting year for the Buffalo nickel, with over 70 million nickels struck in total.

Yet after the two years of design issues and alterations that the Buffalo nickel had undergone prior to 1913, there were still changes to be made in the first year of mintage.

As mentioned in the previous section, the ground on the design was altered, and the denomination was placed into a recess, resulting in two different types of nickels.

As the Type II nickels were struck in lower numbers, they tend to be a bit more scarce, which is reflected by their value.