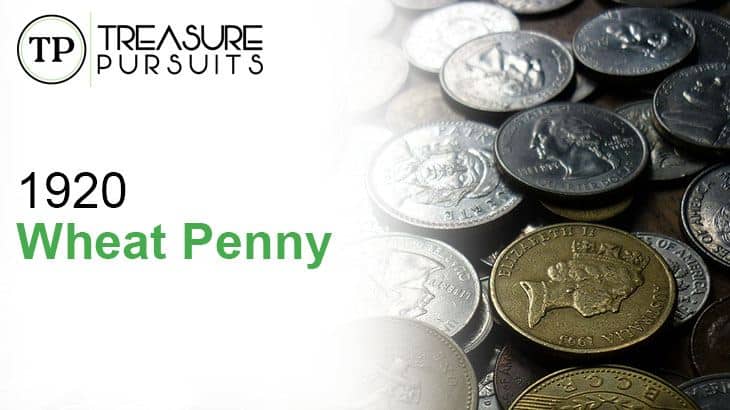 A unique coin that set a precedent for all future coins, the Wheat Penny was the first coin intended for circulation that featured the bust of a former President. Modern coins minted after the Wheat Penny began featuring other presidents, due to the great success of the Wheat Penny.

In an effort to replace the Indian Head Penny, the US Mint commissioned Victor D. Brenner to create the US penny’s new design. Brenner completed his revolutionary design in 1909, and later that year, it was put into production. Brenner’s design obverse design has stayed the same since 1909 and continues to be used today.

On the obverse, a bust of the 16th president, Abraham Lincoln, is centered facing right. “IN GOD WE TRUST” can be found centered above the bust of Lincoln. The date can be found to the right of the bust and “LIBERTY” to the left.

The reverse features a very simple design with the denomination “ONE CENT” and “UNITED STATES OF AMERICA” centered between two large wheat ears. “E PLURIBUS UNUM” can be found centered at the top of the reverse.

The most interesting fact about the 1920 Wheat Penny is that it was the second highest minted date in the series until 1939. The US mint at Philadelphia reports striking 310,165,00 examples. Just the year before, almost 400 million wheat pennies were minted.

A noted problem that tended to affect early date wheat pennies was the easy wearing of the rim. Most 1920 Lincoln cents that saw a large number in circulation tend to have their rims almost completely worn away. Grading the 1920 and Other Wheat Pennies

To get an accurate value for your coin, you must first determine what type of condition it is currently in. The better the condition, the higher the value.

Collectors currently use a 70 point grading scale to standardize the grading process. A “70” represents a perfect coin without a single flaw.

Here are some basic rules and guidelines to help accurately grade your Wheat Penny:

1920 Wheat Pennies that have seen a large amount of circulation normally fall in the Good category. Higher grade examples are uncommon, but will normally be found somewhere outside of circulation (old collection or bank.)

Values for the 1920 Wheat Penny continue to be relatively low for grades below Uncirculated. The reason for these low prices is because of the large number of the 310 million minted that have seen large amounts of circulation.

Good 4 condition has a price of $0.20, and Fine 12 is valued at $.35. Extremely Fine 45 condition is where prices begin to increase greatly, where retail prices currently sit at $2.25.

Due to their increased rarity, Uncirculated examples command a much higher premium. Uncirculated 60 examples are worth $22, and MS-63 condition commands an almost 100% increase to $42. MS-65 condition is where the 1920 Wheat Penny becomes valuable, worth $260.