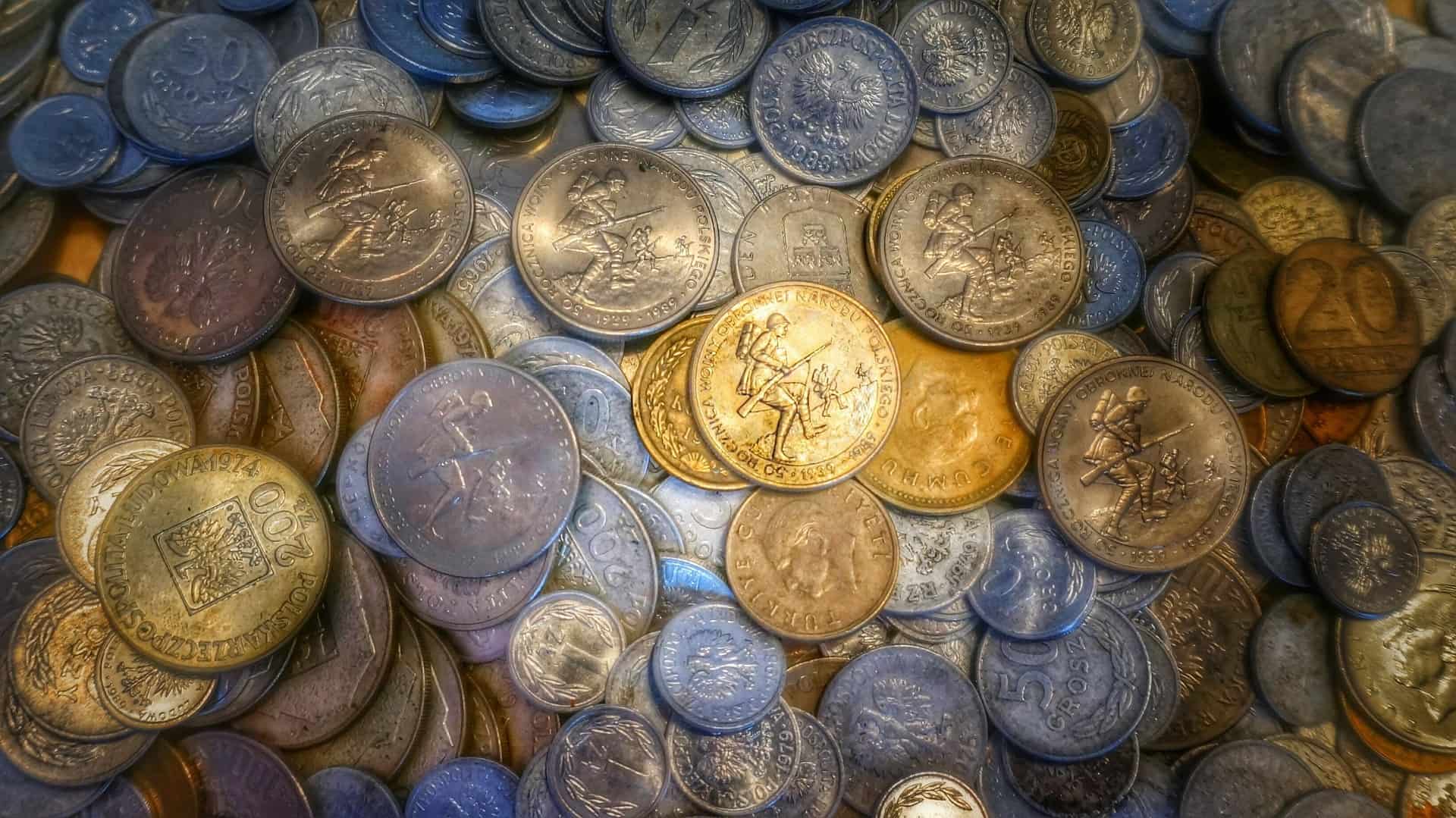 Prized Pennies and their Real Value

With United States of America’s continuously growing directory of valuable coins, collecting pennies became an alluring and pleasurable pastime. The majority of modern penny collectors begin as children, some get their first collection as hand-me-downs from parents or grandparents, and learn the delight of collecting at a very young age.

Some are drawn to collecting at a latter part of their lives, prompted by a curious penny circulated for an occasion or by an appealing penny issue with a possible increase in value.

Regardless of the situation or inclination, the field of collecting pennies is so vast that it affords inspiration for many people.

Prior to delving into becoming a skillful penny collector, let's revisit the long history of this hobby. In this guide, we will shed light into which pennies to collect, how to get them, and why it’s worth your investment.

Let us give you a view of what the hype is about so you can confidently jump-start your penny collection.

The Timeline of Collecting Pennies and Other Coins

The history of collecting coins traces back to ancient times when Emperor Augustus enjoyed handing out old coins to his confidants, and a lot of late Roman period coins were designed like the coins of the previous year, which suggests that coins were saved as a matter of policy. Coin designs of the Byzantine period are also teeming with visual similarities akin to coins issued centuries prior.

Petrarch, the Italian thinker and poet, gathered coins on his travels.

John Quincy Adams and Thomas Jefferson are only two of the United States Presidents who are known to have a keen professional and personal passion for coin collecting. Adams, during his 1825 to 1829 tenure, studied coins to forge the development of the budding American currency.

It was in the 15th century when collecting coins became a pastime of kings and nobles, who hired agents to search all over Europe and Asia for remarkable coins. Among the most notable is French King Louis XIV who inspects his collection every day. Aristocratic families actively advocated numismatic research that started ancient sites to be excavated for the major coin trade.

Along with the advent of the internet in the 21st century, online coin trading became a large global business as gold and silver coins were regarded as good investment in an unstable economy. Modern collectors from all backgrounds still store valuable rare coins primarily for aesthetic and historic merit.

The Ingredients of Rare Collectible Pennies

Penny enthusiasts are consumed with bettering the value of their penny assortment.

Some pennies are worth close the actual currency but others can be worth so much more it can make the numismatist wealthy. The appraised value of a penny often depends greatly on its availability and principally its rarity.\

The metal value, which plays a part in grading, is the least of all factors, but is also significant. In general, the lesser number of pennies available combined with the greater demand, the more alluring the penny will become to a potential purchaser.

So, what determines a rare collectible penny from many ordinary pennies? The notable points a numismatic should keep in mind to increase his penny’s value are low mintage or supply with high demand, and high grade.

The Minting Quantities and Qualities Revealed

Coin minting or production quantities depend largely on how much is required for circulation.

Pennies for everyday use are minted in large quantities while commemorative pennies are minted in accordance to a legal framework. This mandate will state all the details of the planned penny such as the quantity, metal, motif and face value. When the mandated quantity is reached, further production thereafter is prohibited. When the minted quantity run out, it’s when dealers and collectors emerge scouring for it and are usually willing to pay more than face value.

When the whole quantity minted is sold out, normally a secondary market develops in which collectors and dealers who are still searching for these coins will pay more than the original issue price. This is how coins can increase in value over time.

A penny’s minting quality can be dictated by its metal content, metal finish or both. Various processes in the coins’ striking are done to guarantee greater collectability and better durability. Everyday use pennies are often minted in lower quality versus the higher quality commemorative pennies.

Familiarize yourself with the following minting terminologies:

Coin grading is based on the coin’s condition and is dependent on coin luster, surface marks, and motif quality. A coin’s appraised value is dictated by its grade, which takes tons of practice and keen eyes to determine.

Pennies are graded based on a 70-point system, with 60 to 70 as the best coin grade called mint condition or “uncirculated” grade.

This standard point system is the widely used Sheldon Scale. Scores are alphanumeric with abbreviations for adjectives precede the numbers.

The point system is also divided into three categories with scores under each category tagged as:

For About Uncirculated Coins

First, you need a very good light source of at least 100 watts and a quality magnifier that zooms in the view for 5 to 8 times the size. These tools will enable you to identify all the vital features and marks of the penny.

Second step is to determine which of the three the categories the penny fits into. Worn pennies go under the Circulated group, mild wear fit under About Uncirculated group, and no sign of wear fall under Mint State.

The third and tricky final step requires practice and knowledge for distinguishing marks and significant details, because this will determine the final grade of your penny.

Collectible pennies are valued more than its actual face value with a probability of increase in price over time as they become rarer.

All wheat pennies are valued at least three times its face value unless it score low on the Sheldon Scale.

Below are rare collectible pennies, arranged from most expensive to least, which might not yet amount to a fortune but are worth holding onto:

The prices are based on the average estimated numismatic value and coin grading by top grading companies. The prices quoted are not to be identified with a specific coin grade.

In general, there is little you can do to increase the worth of your penny. In this case, preventing wear and tear is best practice. Cleaning your pennies is also a viable option. Coin cleaning is easy; just do not overdo it because too much force might damage the aesthetic value of your penny,

Begin with proper hand washing to ensure your hands are clean, oil-free and dry. Line your work table with a white soft and gentle towel. Why white? So you can see pennies that might have dropped.

Pour some warm water and mild dish-washing liquid mixture into a plastic container. Avoid glass or porcelain or anything hard for your cleaning container to keep your pennies from getting scratches.

Place your pennies in the liquid mixture one after another. Rub the penny gently from the center outwards. If you can avoid touching the face, that would be better.

Never use gold or silver cleaners because these are too harsh and can damage the fine details of your pennies. Rinse the pennies with distilled water. Air dry your pennies on a soft towel. Lastly, store your pennies in an appropriate coin case.

Prevention is best so it is a great idea that you invest in a professional grade coin album or case to keep your pennies in pristine condition. Other cases will require you to use adhesives that can discolor your pennies that will in turn affect its coin grade and lessen its future value.

Collecting pennies is actually easy, and all other coins are great to have and keep. Starting your collection of pennies is pleasurable, safe, engaging and educational for you and your whole family.

You do not need to buy coins when jump-starting your collection.

You can begin by sorting out your spare change lying around at home or in the car. Who knows, grandma or grandpa may have left you some ancient pennies that can make you rich today.

Coin collecting may be confusing initially, but with practice and research, you’ll eventually get the hang of it. Aside from this ultimate guide, joining coin collecting groups or forums can help you answer your queries.