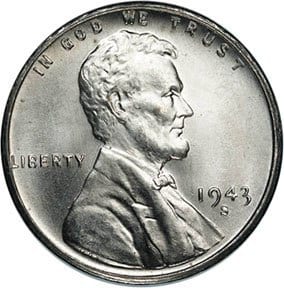 Beginning your own coin collection is a great hobby. But with the abundant and diverse coins that used to be and are still in circulation, which kind of coin should you start with?

Among the great coins for beginners and seasoned numismatists alike is the penny.

Collecting pennies is not that hard if you know what to look for, such as, low mintage quantity, high demand and high grade. With enough research, you’ll be on your way to penny collecting.

Among the collectible pennies worth holding onto is the 1943 S Steel Penny. A lot of people nowadays treat these steel pennies as novelty considering its lack of popularity upon its release. Let us find out why modern penny collectors like the steel penny of 1943.

In 1943, the United States needed to focus on artillery for World War II. In an effort to assist in the war efforts of the country, it was decided that copper must be eliminated from the one cent piece and used for artillery instead.

The US mints then came up with a different metallic composition of the pennies, thus the use of pure steel base metal and pure zinc external plating.

This steel cent has a weight of 2.8 grams, a diameter of 19.05 mm, a thickness of 1.55 mm, with plain edges. The penny’s design is the same one used in 1909 by Vector D. Brenner. Its obverse features the side view portrait of Abraham Lincoln, while the reverse has the Wheat Heads in memorial, which is why it is classified as a wheat penny.

This wartime steel cent is United States of America’s only commercially issued coin that can be picked up using a magnet because of its 99% steel material. It is also the only circulated coin minted in United States that does not have even the slightest trace of copper.

There are about 191,550,000 pennies produced by the San Francisco minting facility. In general, steel pennies are, in fact, not rare when it was minted in 1943.

With over a billion steel pennies produced from three operational mints in San Francisco, Denver and Philadelphia, these steelies are quite commonplace.

This S Steel Penny bears an S mint mark below the year, meaning it is produced in San Francisco. These pennies are silvery in appearance when minted.

Contrary to its silver appearance, these pennies do not contain silver. This white top aesthetic is due to the steel base material and pure zinc plating. While it looked good fresh off the mill, zinc oxides turn dull and dark gray in color.

This same zinc coating wore off with time and external factors leaving the steel base to rust. Due to the manner by which these steel pennies were minted, the sides were left with no zinc coating thus allowing moisture to attack the bare edges of the penny resulting to a rusty border regardless of the surface’s fair condition.

What Increases The Steel Penny’s Price?

These steel cents were not even rare when it was produced and it is due to this wide availability that makes it quite inexpensive. Generally though, wheat pennies are at least worth three times its original value, unless it is extremely worn out.

Nowadays, the average estimate value of the 1943 S Steel Penny is 65 cents for average condition to $25 for mint state. So what can boost the worth of your steel penny?

Although the steel pennies do not amount to as much as its significantly more expensive and less produced copper counterpart, these steel cents are still a good catch especially if you’re learning the ropes of coin collecting.