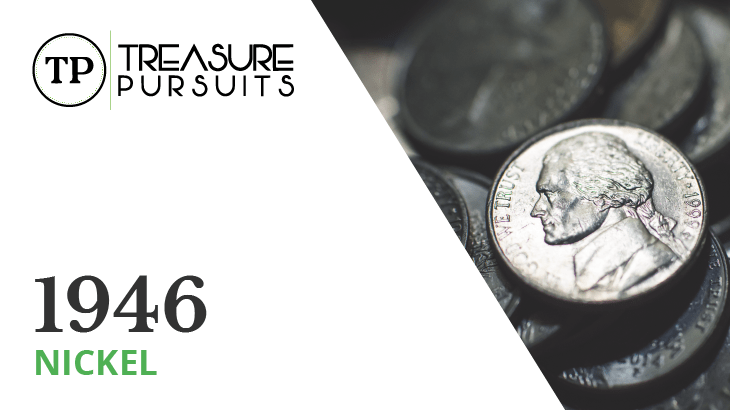 Still in use after 80 years of mintage, the Jefferson nickel remains one of the most iconic and long-lived pieces of American coinage.

It was first minted in 1938, the year when it replaced its predecessor the Buffalo nickel, which had been notoriously difficult to strike in high quality.

The Jefferson nickel has seen several different designs throughout the years. The first and most famous design was created by Felix Schlag. It features on the obverse a profile bust portrait of Thomas Jefferson with the motto “IN GOD WE TRUST” to his left and the word “LIBERTY” and the year of mintage to his right.

The reverse of Schlag’s design depicts Jefferson’s home, Monticello, with “E PLURIBUS UNUM” along the upper rim, and “UNITED STATES OF AMERICA” across the bottom along with the denomination “FIVE CENTS.”

In 2006, Jamie Franki designed a new obverse which features a forward-facing portrait of Jefferson. This new design has been in use since that year, with Schlag’s design still on the reverse.

In addition to design changes, the Jefferson nickel has also changed composition throughout its history. All Jefferson nickels are made of 75% copper and 25% nickel save for those minted between 1942 and 1945.

Nickel was deemed important for America’s involvement in World War II, so the composition was temporarily changed to 56% copper, 35% silver, and 6% manganese.

For more information on nickels, be sure to check out our Ultimate Guide to Rare Nickels!

History of the 1946 Jefferson Nickel

The 1946 nickels were the first post-war nickels minted and signified a return to the pre-war composition of 75% copper and 25% nickel, with a diameter of 21.2mm and a mass of 5g.

Philadelphia reports minting 161,116,000 nickels in 1946. Following the war, budgets for the Mint were greatly reduced, and as a result, the nickels minted in Philadelphia this year were overall of poor strike quality.

13,560,000 nickels were struck in San Francisco in 1946. While San Francisco coins show similar striking issues, they are overall of higher quality, and mint state examples are common. Coins minted here are signified by an “S” mint mark to the right of Monticello on the reverse.

Denver-struck nickels from this year, which number 45,292,200, generally exhibit the highest quality strikes. Coins struck in Denver are signified by a “D” mint mark to the right of Monticello.

There are three major varieties of the 1946 Jefferson nickel: two belong to the San Francisco mintages, and one is a Denver mintage.

Both San Francisco varieties are doubled die obverse (DDO). This means that the dies that were used to strike the obverse of these coins had been doubled during the hubbing process. This usually occurs when the die is moved slightly while being hubbed.

One of these DDOs, known as FS-101, is seen as exhibiting some of the most overt doubling in the entire Jefferson nickel series.

The principal Denver variety is a repunched mint mark variety, meaning that the mint mark has been struck twice into the coin. In this case, the original mint mark was upside down or inverted. This variety is very popular and brings a high premium.

Despite being over 70 years old, the 1946 nickel is still quite common today, and the value is thus generally low in all but the highest grades.

The mint mark does affect the value to a certain extent, although the difference is not often great.

San Francisco mintages are worth about 5 cents more than Denver mintages except in the case of MS-65 grade coins, which are valued at $11.

The aforementioned values generally hold true for the majority of 1946 nickels, but those of extremely high condition (over MS-65) may be worth more, especially if they exhibit Full Steps, meaning that the steps on Monticello can be individually distinguished.

Such coins are referred to as FS5 and FS6 and can bring much higher values, sometimes in the hundreds of dollars.

The varieties discussed in the previous section also command higher values. The FS-101 doubled die obverse San Francisco variety is worth $15 in Good-4 and $25 in Very Good-8.