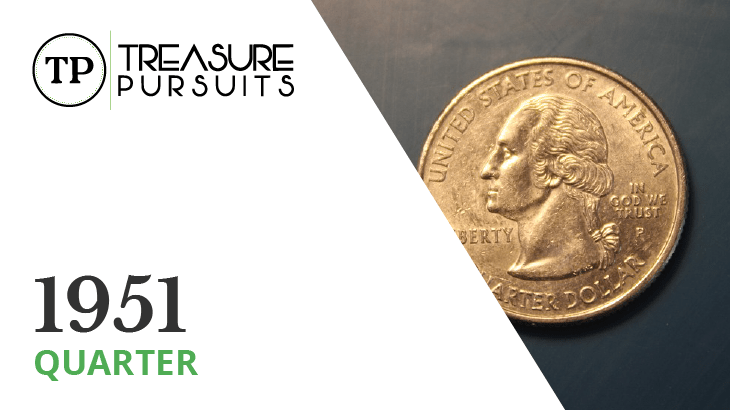 Washington quarters have been a favorite among modern collectors because of their pleasing design and relative abundance. The design has been so successful that it is still made today, although somewhat changed.

To find a design for the new US quarter, the Mint held a competition for designs that paid tribute to founding father, president, and war general George Washington. Sculptor John Flanagan submitted a design that featured a bust of Washington on the obverse and an eagle on the reverse. Flanagan’s design would be produced from 1932 until 1999, when his obverse was updated and the reverse changed to commemorate each state.

On the reverse, a bald eagle with outstretched wings and arrows in its talons is centered. The mottos “UNITED STATES OF AMERICA” and “E PLURIBUS UNUM” are found above the eagle’s wing tips. “QUARTER DOLLAR,” which is found centered at the bottom, denotes the coin’s denomination and value.

If you would like to learn more about collecting all types of quarters, including the Washington quarter, please read our Ultimate Guide To Rare Quarters.

History of the 1951 Washington Quarter

Compared to production numbers between 1946 and 1950, Washington quarters saw an increase in production in 1951. One factor that may have led to increased production was the increase in demand of money due to the end of the 1949–1950 recession.

The Mint at Philadelphia reports striking 43,448,000 examples of the Washington quarters in 1951. As stated above, this was a sizeable increase over the previous years. This production boost has led to the survival of many 1951 Washington quarters and their presence in collections.

The Shift in Mint Production

Known as the main hub of the United States Mint, the Mint at Philadelphia has historically been the greatest producer of coins. At some point in the 1940s and 50s, other mints, like the Denver and San Francisco, began producing greater and greater quantities of coinage.

In the case of the Washington quarter, the Denver Mint in 1952 would overtake the Philadelphia Mint as the highest producer of the series. Consumer demand could be attributed to the reason for the shift in production, but other reasons have been noted.

Shifting the production outside of the Philadelphia Mint saw an increase in what new series of coins the Mint could produce. Overall, production was relaxed and new commemorative and proof coins could be minted.

Population changes also had a slight effect on the production shift as it was more economical for the Mint to produce coins closer to large concentration of people on the west coast. The Mint in San Francisco helped produce the coins for people on the west coast, but was not set up to handle huge amounts of coins and was the main hub for the production of proof coins.

In the end, all three Mints saw certain coin series rise and others fall. It was the Philadelphia Mint that saw the highest and most drastic reduction in production.

Because of the large amount of surviving examples, many coins are in average to above average condition. For those that are of lower quality, their silver content will make up their entire value. Currently, each silver Washington quarter is worth $2.75 in silver value.

Since a large number of examples survived, prices for lower grades are extremely depressed. All coins that are lower than uncirculated condition are valued at $4.25 per coin.

Uncirculated examples also have lower prices than other similar dates in the series. MS-60 and MS-63 examples tend to fall in a price range of $9–$10. The price more than doubles to $27.50 for examples that grade MS-65. MS-67 coins are not uncommon and are valued at approximately $400.

Prices will most likely not increase in the coming years unless a huge demand for the 1951 Washington quarter suddenly occurs. Even then, only the highest graded coins will see significant price changes. On the bright side, examples of this date are cheap and can be found at almost any coin dealer’s shop.