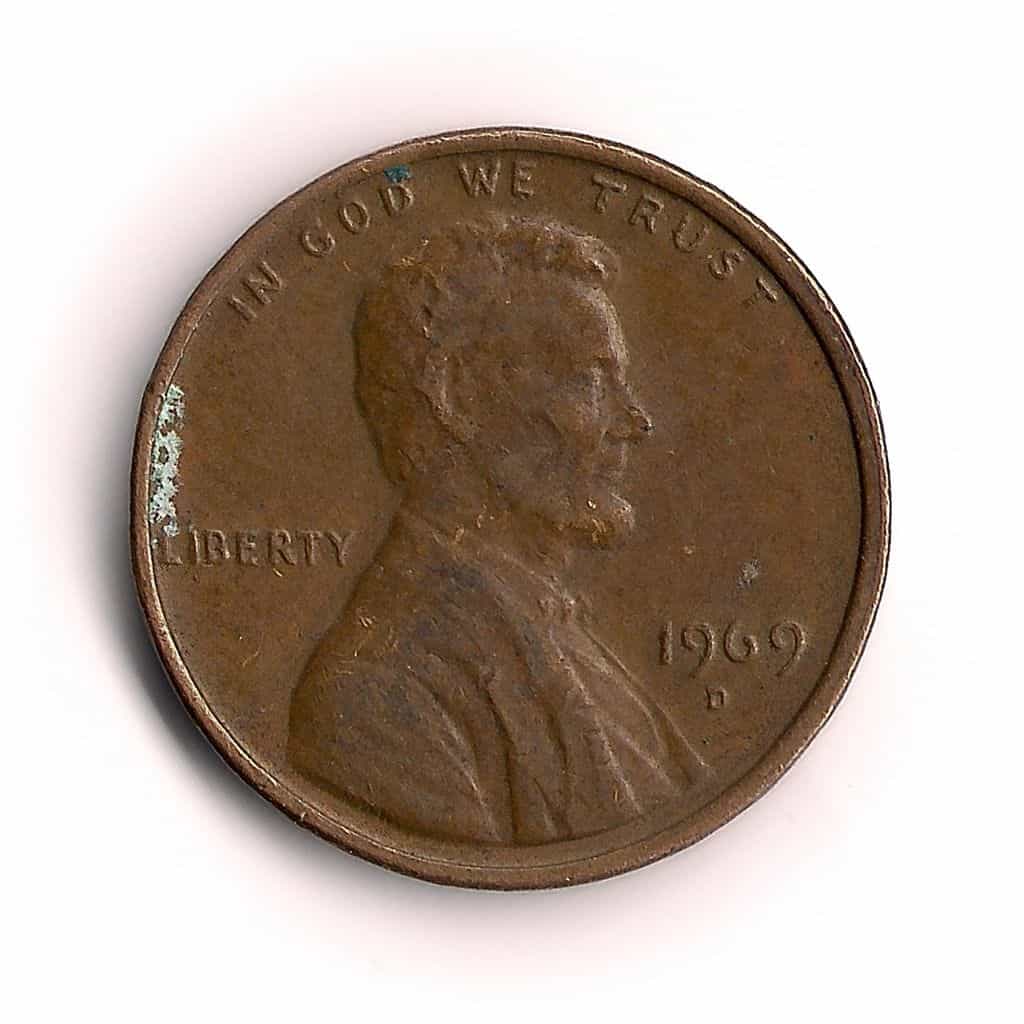 A total of 4,002,832,200 D pennies were minted in 1969. These coins were made in the world’s single largest coin producer, which is the Denver Colorado Mint.

The obverse, which they also call “heads” contains an illustration of Abraham Lincoln. It was designed by Victor David Brenner who is also the primary designer of the wheat penny.

On the other hand, the 1969 D penny reverse or “tails”, which is graced by the Lincoln Memorial, was designed by Frank Gasparro.

Ever since the United States Mint decided to replace the Lincoln Memorial with a new design to honor the bicentennial of Lincoln’s birth, people have been asking what the value of the Memorial pennies would be – or if they even have a value at all.

In reality, the 1969 D penny is under-appreciated as most of its examples are of low quality. Most pennies have carbon spots and planchet flaws, while others have uneven shiny appearance due to improper preparation of the planchets. Mishandled planchets caused most of the pennies to have cuts and scratches.

Although the 1969 D penny is made of 95% copper, collectors do value a coin based on its state and if it is desirable.

Basically, the more worn your coin is, the less it is worth. Now, if you are very fortunate enough to have a coin in an impeccable condition, then there is a big possibility that it is of high value as it is extremely scarce.

1969 D pennies in an average condition could be valued at around 1 cent. If it is in certified mint state condition (MS+), it could be worth as much as $12.

Coin collectors should be knowledgeable about the importance of coin grading and how it works. The purpose of coin grading is to determine the condition of a coin, as well as its rarity, which decides its value.

Here is the typical coin grading system for Lincoln Memorial pennies, including the 1969 D cent:

G4 or Good. The date in the coin is worn but clearly visible with a complete rim.

VF20 or Very Fine. The coin has slightly noticeable wear on above features.

EF40 or Extremely Fine. The coin is slightly worn, but all the details are sharp.

AU50 or About Uncirculated. Lincoln’s cheek and jaw are slightly worn.

MS60 or Uncirculated (Mint State). There is no trace of wear, but the coin is slightly blemished or discolored.

MS63 or Select Uncirculated. There is no trace of wear, but the coin has slight blemishes. It is red-brown in color.

MS65 or Choice Uncirculated. There is no trace of wear, and the blemishes are almost unnoticeable. The coin is nearly full red in color.

MS67 or Like New. There is no trace of wear, and it almost has no blemish. The coin looks new and it is red in color.

The initials of coin designers have been included in the obverse or the reverse of the United States coins since they have been minted. Most of the initials are so small and almost unnoticeable.

But there have been debates about pennies being seen in circulation that are ‘lacking’ the initials of the designer. One of them is the 1969 D penny, which usually has the FG initials on the reverse.

Is it an error penny?

There were different opinions about it. Some say during the process of polishing, those coins were polished strenuously that the designer initials disappeared. Others believe they were caused by die abrasion or a grease blockage over the FG initials.

Regardless of what caused the absence of designer initials, these coins are being sold for cash. In 2012, a 1969 D penny missing the reverse designer initials actually brought $240 at a coin auction.