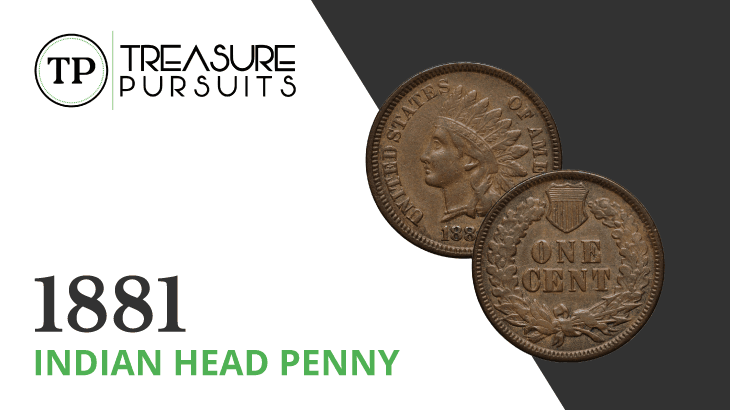 Coin collectors have always had a love for the Indian Head cent, even though it is not a well-known coin to the public. Many first-time collector’s start their collections with Indian Head cents because they are relatively cheap and easy to find.

US Chief Mint engraver John B. Longacre was the designer of both the obverse and reverse of the Indian Head cent. His design was approved and put into production in 1859 and continued to be minted until 1909. The Indian Head penny would later be replaced by the Lincoln Wheat cent toward the end of 1909.

On the obverse of the coin is a bust of Liberty wearing a traditional Native American headdress, facing left. The word “LIBERTY” can be found on the headdress and “UNITED STATES OF AMERICA” is split between the left and right fields. Centered at the bottom under the bust of Liberty is the date of mintage.

A simple reverse design features the words “ONE CENT” centered and surrounded by a wreath. At the bottom of the wreath is a small bundle of arrows and at the top is a small shield.

If you would like to learn more about Indian Head pennies and other collectible United States one-cent pieces, be sure to check out our Ultimate Guide to Pennies.

History of the 1881 Indian Head Penny

Indian Head pennies from 1881 were produced near the middle of the series and had no noticeable problems associated with the minting process. Because most examples were produced with average strikes, many higher-grade coins have strong details.

The mint at Philadelphia reports striking a total of 39,208,000 examples of the Indian Head penny in 1881. This was a larger mintage than at the beginning of the series but still less than the numbers minted near the end of the series.

Each coin series has its own style when it comes to the date that is applied. Some dates use straight numbers, other use fancy numbers that have an extra flair on the stems. Another type of styling is either straight across or tilted with the rim.

The Indian Head penny was first made with a date that was straight across the bottom of the obverse. These dates are easy to identify because the tops of the numbers are all lined up and do not flow with the rim. Most modern coins feature a straight date.

During 1881, the mint engravers decided to make the date tilted by punching the last two numbers at a slight incline. This resulted in the date flowing better with the legends near the rim. A tilted date can be identified by the way the two middle numbers are positioned lower than the beginning and last number.

A change to a tilted date did not affect the collectability of the coins and was mostly unnoticed by the general public at the time. Even today, there is no premium for Indian Head pennies that have a straight or tilted date.

For the most part, a transition to a tilted date is more of an interesting fact for the Indian Head penny rather than a variety or huge mint change.

Although mintages for the 1881 Indian head Penny were lower than later dates in the series, many examples exist in both uncirculated and circulated condition. Most circulated examples can be had for relatively low prices.

Uncirculated examples have much higher prices than circulated coins. The prices given below are for coins that are considered “brown” by toning standards of third-party graders.