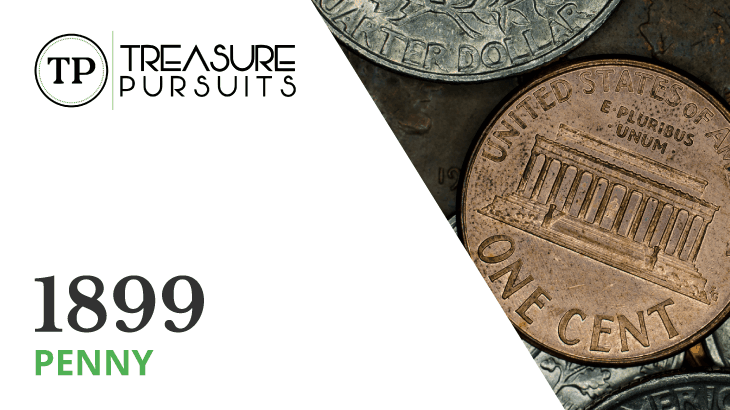 Although sometimes overshadowed by the Lincoln Wheat penny, the Indian Head cent was a highly praised coin during its release and is still lauded in modern times by collectors. The simplistic and historical design is what inspired future coin designs, such as the famous Lincoln Wheat cent.

Both the obverse and reverse designs were created by US Mint engraver James B. Longacre in 1859. Dubbed the Indian Head cent, Longacre’s design would be put into production later that year. Production would continue until 1909, which is when the Lincoln Wheat Cent would take over as the main design for the one-cent denomination.

Centered on the obverse of the coin is a bust of Liberty that is wearing a traditional Native American Headdress. “LIBERTY” can be found on the brim of the headdress, and the  words “UNITED STATES OF AMERICA” run along the edge of the coin. The date of mintage is found just below the neck of Liberty.

The reverse of the coin is very simple with the words “ONE CENT” centered and surrounded by a wreath. A bundle of arrows sits under the bottom of the wreath, and a small shield sits atop the wreath.

If you would like to learn more about Indian Head pennies and other collectible US one-cent pieces, be sure to check out our Ultimate Guide to Pennies.

History of the 1899 Indian Head Penny

The year 1899 was an uninteresting year for the Indian Head penny; no real problems––neither internally at the mint nor externally in circulation––occurred. Many coins were produced and were very common in circulation.

The Mint at Philadelphia reports striking a total of 53,598,000 Indian Head pennies dated 1899. This was a much higher mintage than most other years in the series and is what has led to so many examples still surviving today.

Like all other Indian Head pennies minted from 1864 till 1909, the 1899 Indian Head penny weighs 3.11 grams and measures 19.05 millimeters in diameter. Denticles (small dots found on the surface of the coin near the rim) are present, and no reeding can be found on the edges.

An interesting topic for those who collect bronze or copper pennies is the designation by third-party graders regarding the coins coloring. This coloring can lead to big changes in price as collectors normally prefer one type over the others.

The change in color is caused by the toning that the copper undergoes over time. New copper that hasn’t been exposed to the elements tends to be a very bright red or almost pink color. As time goes on, this red coloring begins to darken and later turns brown as more copper oxide begins to form on the surface of the coin.

This is where the designations for color, or, more specifically, toning, come into play. The designations effectively identify how much environmental damage the coin has undergone. To be clear, slight toning does not damage a coin and will just make the coin a little darker

Indian Head pennies that have a brown designation are coins that have undergone toning that has turned the coin a nice chocolate or dark brown color. Depending on storage conditions, some coins may develop toning in some spots while the rest of the coin remains bright. These type of coins would receive a Red Brown designation, showing that the coin has some toning but also some original copper.

Red Indian Head pennies are the most sought after as they show no signs of toning, meaning that they were well preserved for over one hundred years.

Because of the large mintage, many 1899 Indian Head pennies have survived, in all types of condition. Most found will be in a circulated condition, but many uncirculated examples still survive. For this article, the prices given are for coins that would be considered Brown by a third-party grader.

1899 Indian Head pennies that receive a Red designation command a much higher price than those that have a Red Brown or Brown designation.