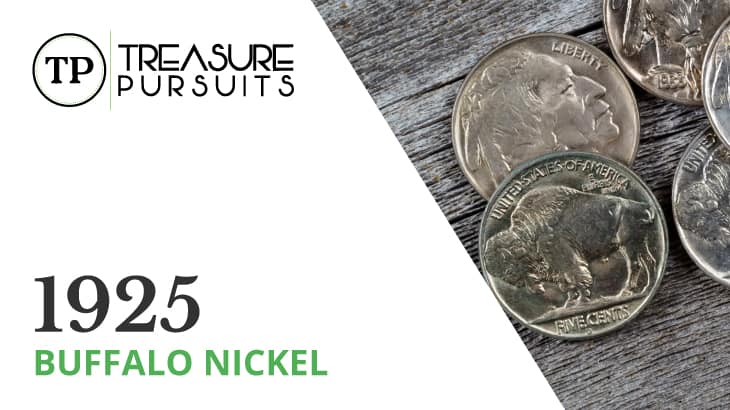 The Buffalo nickel, also called the Indian Head nickel, was a short-lived coin that has nonetheless become a very popular series among coin collectors of all types.

A product of the same initiative that brought the Wheat penny and the Saint-Gaudens double eagle, the Buffalo nickel was commissioned to replace the Liberty Head nickel in efforts to forge a new renaissance of American coinage.

James Earle Fraser’s design was chosen for the job, and many consider it the first truly American coin design. The obverse is occupied by a large portrait of an American Indian, along with the legend “LIBERTY” and the year of mintage.

The reverse is dominated by an American bison, which gives us the name “Buffalo nickel.” The denomination “FIVE CENTS” appears beneath the bison, and above him are the legend “UNITED STATES OF AMERICA” and the motto “E PLURIBUS UNUM.”

The design, though attractive and well-liked, was an issue throughout the coin’s mintage. Initial push-back from coin-operated machine manufacturers delayed production until 1913, and the design had to be altered several times after its release.

The dies were difficult to produce, and design elements like the date and the denomination wore down and became illegible very quickly.

Thus, within the first year of production, the denomination was placed into a recess to prevent wear, and the ground on the reverse was flattened out, creating two types for the series.

In 1938, as soon as the twenty-five years required to replace a coin without legislation had passed, the Buffalo nickel was replaced by the Jefferson nickel.

To learn more about collecting nickels, see our Ultimate Guide to Rare Nickels.

History of the 1925 Buffalo Nickel

1925 is commonly considered one of the worst years of production for the Buffalo nickel. The inherent difficulty of Fraser’s design, compounded by budget cuts to the Mint, resulted in badly produced dies and poorly struck coins.

The 1925 Philadelphia issue, comprising a total of 35,565,100 nickels, is certainly the most well-produced of the bunch, though it is not exempt from problems with quality. Most of the coins are not fully struck and have a soft, weak appearance.

The San Francisco issue, some 6,256,000 nickels, is possibly the worst of all three mints. These nickels remain common today, but high-grade mint state examples are almost nonexistent. A few repunched mint mark varieties are known but are very difficult to identify due to the excessive wear on most examples.

The Denver issue, coming in at a total of 4,450,000 nickels, is likewise fraught with poor strikes and weak luster. Even many mint state examples have unreadable mint marks.

The upside of the preponderance of low-quality 1925 specimens is that those in higher grades (or even fair grades, in the case of Denver) command high premiums. Well-struck, unworn examples are hard to find, but they make up for this elusiveness with their strong values.