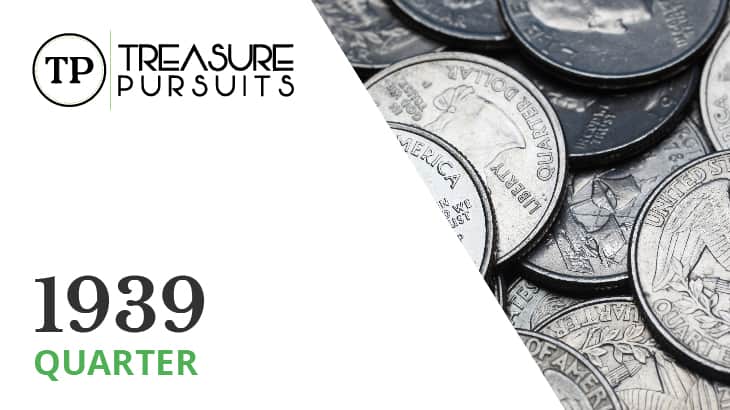 First struck nearly 90 years ago, the Washington quarter still enjoys wide circulation and is an ideal series for those wanting to get into the hobby of coin collecting.

The economic crisis brought on by the Great Depression meant that new quarters were not really in demand; nevertheless, seeking to honor George Washington, the Mint created the Washington quarter in 1932, the bicentennial of the former president’s birth.

Although intended as a special issue commemorative coin, the new quarter would be minted continuously until 1998, when it was replaced by the Washington State quarter, which uses a slightly altered version of the Washington quarter’s obverse.

The coin was designed by John Flanagan and showcases a profile bust portrait of Washington on the obverse flanked by the motto “IN GOD WE TRUST.” At the top of the obverse is the legend “LIBERTY,” and at the bottom is the year of mintage.

An eagle perched above an olive branch occupies the reverse face, along with the legends “UNITED STATES OF AMERICA” and “E PLURIBUS UNUM” and the denomination “QUARTER DOLLAR.”

There are two types of Washington quarters, each having a different composition. The first type, the silver composition, was used from 1932 to 1964 and contains 90% silver and 10% copper.

The second type, a clad composition of 91.67% copper and 8.33% nickel, was instituted in 1965 in response to a spike in the price of silver and can be found in all subsequent Washington quarter issues.

History of the 1939 Washington Quarter

1939 saw an increase in the number of quarters minted, a fact which reflects the improvement in the economy as America rose out of the Great Depression.

Thanks to the growing popularity of coin collecting in the late 1930s, large numbers of this issue survive, including plentiful examples in very high grades.

Denver coins in particular show exceptional strike quality, which is characteristic of most Denver issues produced throughout the 30s and 40s.

1939 quarters, being minted prior to 1965, belong to the silver type, meaning that they contain 90% silver. Their diameter of 24.3 millimeters and mass of 6.3 grams are standard for the Washington quarter series.

The value of a Washington quarter, like other coins, is dependent on its grade or condition. Use the guide below to roughly evaluate the condition of your coin. Remember that there are sub-levels within each category.

Good: The portrait of Washington is quite worn and flattened, but the major details (eyes, nose, mouth, ponytail) remain intact. The rim may have started to merge with the lettering of the date and legend.

Fine: Much of the portrait has lost its detail, especially the hair, but some finer details around the chin and the hairline of the forehead are still visible.

Extremely Fine: The design elements are starting to show wear, although much of the finer detail is still intact. The hair texture and the contours of the face and neck can be distinguished.

Uncirculated: The coin looks fresh from the mint. There is virtually no visible wear, and the details of the portrait are clear and distinct. The luster of the coin will be bright, shiny silver or will show natural toning.

If your intention is to sell your specimen, it might be a good idea to have it professionally graded by a coin-evaluating service. However, for this coin, it would only be worth the time and money if your example is in very good condition.

The minimum value of a 1939 quarter is likely to be its melt value, or what the silver content is worth to a precious metals dealer. Taking the current price of silver, the approximate melt value of this coin is $2.79.

Numismatically, the value will depend on both grade and mint mark. The mint mark, if one is present, will appear below the olive branch on the reverse. No mark signifies Philadelphia; a “D,” Denver; an “S,” San Francisco.