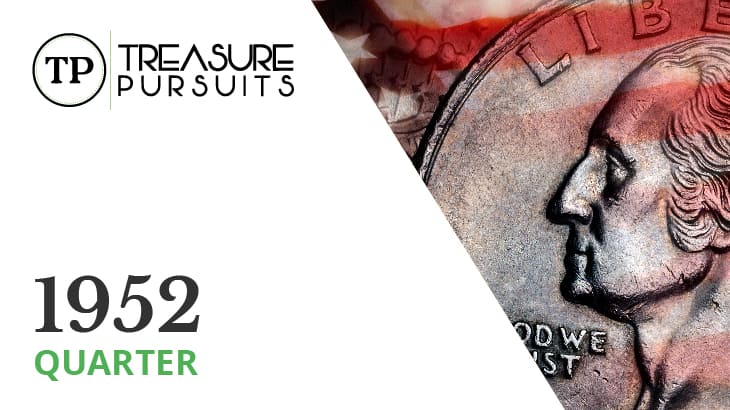 The Washington quarter, first minted in 1932, is an iconic and accessible series that is perfect for beginning coin collectors.

Created during the Great Depression, the Washington quarter was conceived not out of necessity but in order to commemorate George Washington on the bicentennial of his birth.

The coin turned out to be more than a commemorative issue, however, and it was minted until 1998, when the Washington State quarter series was introduced using a modified obverse design.

It was John Flanagan who furnished the design for the Washington quarter. A simple but elegant profile bust portrait of Washington dominates the obverse, accented by the legend “LIBERTY,” the motto “IN GOD WE TRUST,” and the year of mintage.

Flanagan’s reverse features a powerful image of an eagle perched above an olive branch. At the top of the face are the legend “UNITED STATES OF AMERICA” and the Latin motto “E PLURIBUS UNUM.” At the base of the coin is the denomination “QUARTER DOLLAR.”

The Washington quarter made use of two different compositions during its mintage. The first was used from 1932 to 1964 and contained 90% silver and 10% copper.

History of the 1952 Washington Quarter

With a total mintage of over 100 million, 1952 was a rather prolific year for the Washington quarter.

Coins from this year tend to be well-struck and are fairly available in all grades. San Francisco specimens, however, may show blurred details due to overused dies.

The first is the “Huge D” variety, which features an abnormally large Denver mint mark below the olive branch on the reverse.

The second is commonly called the “Superbird” variety, as a San Francisco mint mark mysteriously appears on the reverse eagle’s chest in a manner similar to Superman. An estimated 15,000 such quarters exist.

Grading is a crucial component in determining the value of any given coin. Each coin has specific areas that show how worn it is, and for the Washington quarter, these areas include the obverse portrait, the reverse eagle’s breast, and the lettering. Use the descriptions below to get an idea of the grade of your coin.

Good: The portrait has been worn down and flattened, leaving only the major details like the eyes, nose, mouth, and ponytail. The lettering may have started blending into the rim.

Fine: Much of the portrait is worn and lacking definition. A bit of fine detail is seen in the hair, around the chin, and where the ponytail meets the neck. Some feather detail on the eagle’s chest may be visible.

Extremely Fine: The design is starting to show wear, but most of the finer details, especially the hair texture and the contours of the face and neck, are still distinguishable. There are signs of circulation, but the coin is overall attractive in appearance.

Uncirculated: The coin as a whole looks completely unworn. Minor details such as hair texture and facial contours are clear and distinct, and the luster is shiny or shows natural toning.

The minimum value for this coin is typically its melt value. The current approximate melt value for the 1952 Washington quarter is $2.79.

The numismatic value for the coin will vary based on grade and mint mark. Mint marks are found just above the denomination on the reverse. No mark indicates Philadelphia, a “D” indicates Denver, and an “S” indications San Francisco.