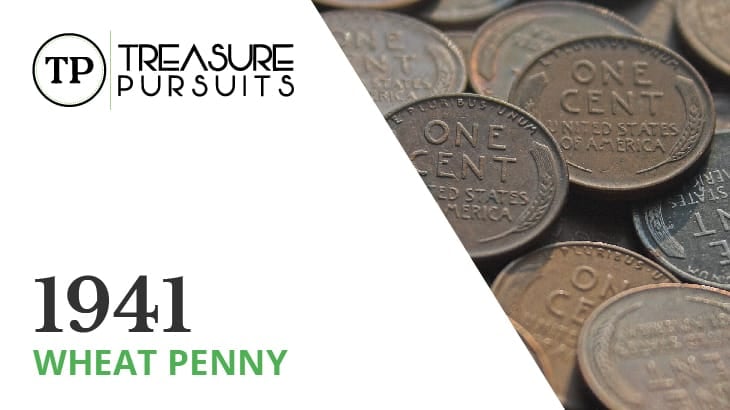 The wheat penny has long been a staple of coin collections, and due to its commonality, it is a favorite among beginning collectors.

The wheat penny was first minted in 1909. In order to celebrate the centennial of Abraham Lincoln’s birth, President Theodore Roosevelt sought to create a cent piece bearing the iconic 16th president’s likeness.

Roosevelt’s proposed coin would be the first U.S. coin to feature the image of a real person. Previous coins had only featured animals and fictitious or symbolic persons, as in the case of the Buffalo nickel and the Morgan silver dollar.

It was Victor David Brenner, a Lithuanian medalist, who was responsible for the design of the new cent piece.

The obverse of Brenner’s design, which is still the basis for the obverse of today’s pennies, features a profile bust portrait of Lincoln with the word “LIBERTY” to his left and the year of mintage to his right. Along the upper rim is the motto “IN GOD WE TRUST.”

On the reverse, we have the denomination “ONE CENT” boldly centered with “UNITED STATES AMERICA” below. This is surrounded by two stalks of wheat, and along the top is the motto “E PLURIBUS UNUM.”

The wheat penny was minted until 1959, when it was replaced with the Lincoln Memorial penny.

History of the 1941 Wheat Penny

Minted the year that America formally entered into World War II following the attack on Pearl Harbor, the 1941 wheat penny is valued by some for its historical significance.

Compositionally, the 1941 penny is standard for wheat pennies: 95% copper and 5% tin and zinc. The diameter of 19mm and the mass of 3.11 grams are also standard for the series.

Design-wise, the 1941 coin is consistent with wheat pennies minted after 1918, meaning that Brenner’s initials are struck on the bottom slope of Lincoln’s shoulder on the obverse.

Because over a billion wheat pennies were minted in 1941, they are quite common. Indeed, it is not very surprising to find them in pocket change from time to time.

The value of 1941 wheat pennies is thus generally low, although higher grades can still be worth a fair amount of money.

All copper coins are divided into three colors: brown, red and brown, and red. Red is the most desired, but for most varieties of 1941 wheat pennies, color does not make much difference in value.

The most valuable variety of the 1941 wheat penny by far is one in which the obverse face has been struck twice, an error known as a doubled die. Depending on the color (red being worth the most), lower grades of this coin can be worth over $80, and this increases dramatically in higher grades.