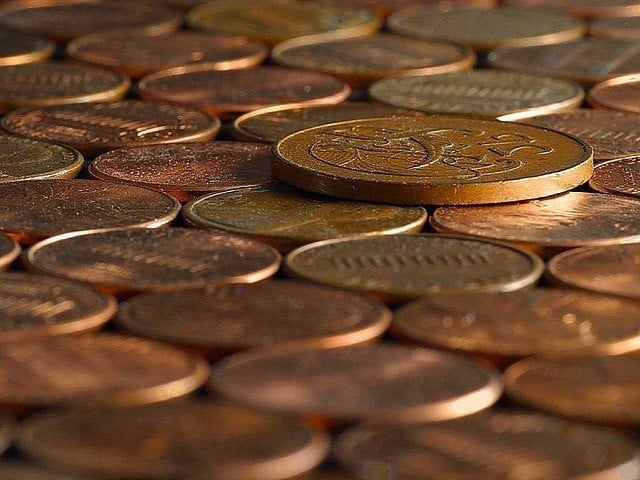 Facts About the Copper Dime That Was Never Circulated

Generally dimes are made of a combination of copper and nickel, with copper having the higher percentage of the composition.

A copper dime is made of 91.67% copper and 8.33% nickel. It is also the smallest in terms of diameter and the thinnest of all US coins.

The dime was first presented in 1796, and was distributed in six different variations, namely: the Draped Bust, Capped Bust, Seated Liberty, Barber, Winged Liberty Head and the Roosevelt, which is the current variation of dime in circulation today.

All of these dimes have shiny silver surfaces, not one of them exhibiting the brownish copper color on its surface, save for the Disme, but they were never circulated. So how did the copper dime come to be?

How the Copper Dime Appeared

Dimes are made primarily of copper, and are coated with a mixture of copper and nickel to give the coin the appearance of a shiny silver surface. When the copper-nickel mixture wears off, the coin exposes its copper under layer, thus the brownish color of its surface.

This occurrence is considered an error, as the silver surface is not supposed to wear off. This error is called the clad coin. The non-adherence of the topmost layer of the copper dime is caused by gas and debris getting in between the layers, causing the topmost layer to separate during the lamination of the coin.

There have been instances when the topmost layer of nickel and copper mixture did not adhere on both sides of the dime, but it rarely happens. Usually only one of the sides, either the obverse or the reverse, fails to make the nickel layer adhere to the surface of the coin.

How Much are Copper Dimes Worth?

Before we delve into how much these types of error coins are worth, there are three things that determine their worth.

Since not all dimes have nickel layers completely clad, their worth are determined how much of the coin’s side is missing the clad. There are dimes that do not have clads on one part of the surface, the entire surface on one side is free of the top layer, or both sides are missing the clad.

The more surface area the dime has no shiny silver layer, the more value it will fetch at auction. You are looking at a range of $1 to $6 for a copper dime. It may not be much money, but it is far more than the ten cents that a dime is originally worth.

If you have one or more of the six variations of the dime whose surfaces are devoid of the nickel layer – whether it is only a part or the whole of the coin – you can sell them at auction for more than their face value. Or you can hold on to them and start being a numismatist.

Before you let go of those rare dimes, you first have to know some things that will help you in selling them at their maximum price:

All of these things will help you determine how much your copper dimes can be worth. Keep looking for them in your stash or in bank rolls, there are more out there waiting to be discovered.