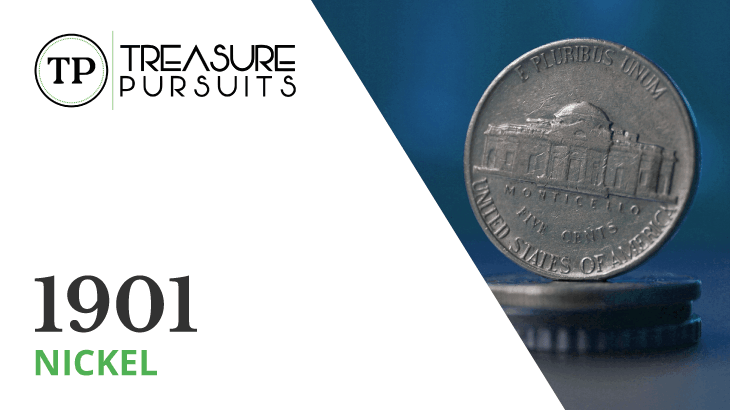 Although not as well known as the Buffalo nickel, the Liberty Head nickel is a popular series that is still actively collected by many coin collectors. One of the biggest draws to collecting Liberty Head nickels is that most dates are widely available and a collection can be put together on a relatively low budget.

Charles Barber was the designer of the Liberty Head nickel and his design was approved by the Mint in 1883. Production started that same year and would continue to be produced until 1912, a 29-year run. The famous Buffalo nickel would be the replacement for Liberty Head nickels in 1913.

A very simplistic main design that features the roman numeral “V” and a wreath is centered on the reverse. The mottos “UNITED STATES” and “E PLURIBUS UNUM” can be found directly above the tips of the wreath. “CENTS” is found centered at the bottom and is meant to be used in conjunction of the Roman numeral “V” to mean “Five Cents.”

If you would like to know more about the Liberty Head nickel or other rare and collectible nickels, be sure to check out our Ultimate Guide to Nickels.

History of the 1901 Liberty Head Nickel

The Mint at Philadelphia reports minting a total of 26,478,000 examples of the 1901 Liberty Head nickel, which is similar to the mintage of other similar dates in the series. Mintages would rise in the last few years of the series much higher than what was struck in 1901.

Liberty Head nickels are composed of 75% copper and 25% nickel, which has been the common composition for America’s nickels. Each also has a 21.21-millimeter diameter and a weight of 5.0 grams. Denticles can be found on the obverse and reverse and no reeding is present on the edge of the coin

1901 Liberty Head nickels had huge mintages that were unheard of just several decades before. One problem that the US Mint ran into while making such large production runs was that dies were often overused. These overused dies would then be used to create coins that had a lack of details and little luster.

Normally, dies used to strike coins are replaced after a certain number of coins are struck, otherwise the quality of the coins begins to deteriorate. Sometimes dies are not replaced right away for certain reasons, which allows the creation of a significant number of coins that lack details and luster.

For the Liberty Head nickels produced in 1901, the overuse of dies was a huge issue that resulted in millions of coins being produced with weak details and luster. For average users of coinage, this wasn’t issue, but for collectors today, this makes putting together a quality set of Liberty Head nickels very difficult.

The main area of weakness for the 1901 Liberty Head nickels is the bottom of the wreath on the reverse. Small details are not present and edges are rounded where they should be sharp.

Well-struck pieces show strong depth and no rounding on the high parts of the design. Even small details are clear and quite easy to see.

Lack of luster was another issue that occurred with worn dies because the surface was worn and unpolished. Luster plays a big part in a coin’s eye appeal, so having little to no luster on Mint-condition examples really hurts the price.

Since weak strikes were common for this date, all given prices are assuming average strikes. Strikes that are more defined and have more detail will command a premium for high-graded examples.

Examples that are in Good 4 and Very Good 8 condition are priced at $2. A price increase to $5 is realized when the grade increases to Fine 12. Very Fine 20 examples command a price of $13 and Extremely Fine examples are priced at $31.

Premium-grade examples that are in uncirculated condition still survive and command much higher prices.